A pair of B-sides left off his latest album, The Neon Skyline 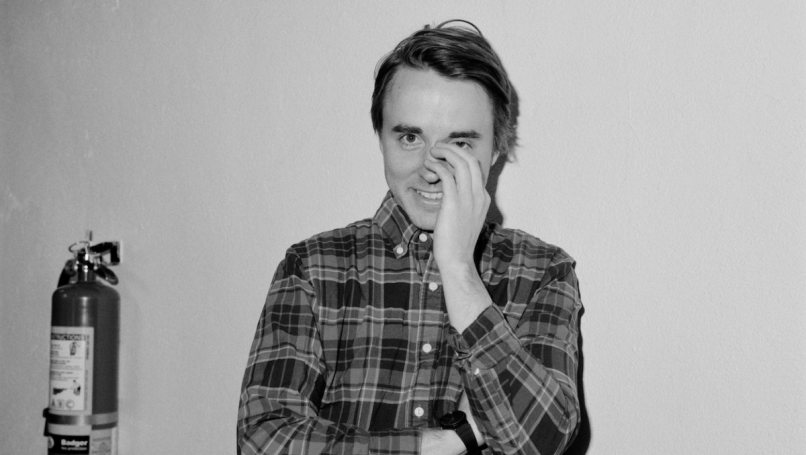 Back in January, Andy Shauf released his wonderful new concept album The Neon Skyline. The rich narrative introduced a number of characters all coming together at a bar in a single night as it explored the relationship between the narrator and his ex-lover. Today, that story gets fleshed out even further with a pair of B-sides, “Judy” and “Jeremy’s Wedding”.

Both songs are dreamy teetering on psychedelic, softly strumming folk numbers that carry the dramatic simplicity of Shauf’s storytelling. “Judy” is of particular interest to the Neon Skyline arc, as it finds Shauf’s narrator recounting a routine he and Judy had while still together of buying lottery tickets every Wednesday night. “What would you buy?” he asks himself on the refrain, dreaming of a big win. “I’d buy a ticket for the Thursday night and try to win twice.”

“Jeremy’s Wedding”, meanwhile, takes place after the split, with Judy and the narrator sharing a stoned dance at a mutual friend’s wedding. Both anecdotes occur outside of the Neon Skyline bar at the center of the story, which is why Shauf left them off the album. “They fit a little bit outside the timeline, as I was trying to keep everything to a single night,” he explained in a press release. “They were also slightly different arrangement wise, so I decided they might be best released together, apart from the album.”

Stream both “Judy” and “Jeremy’s Wedding” via ANTI- below. Meanwhile, you can purchase Andy Shauf’s The Neon Skyline here, or stream it in high-fidelity audio with a free 60-day subscription to TIDAL HiFi.