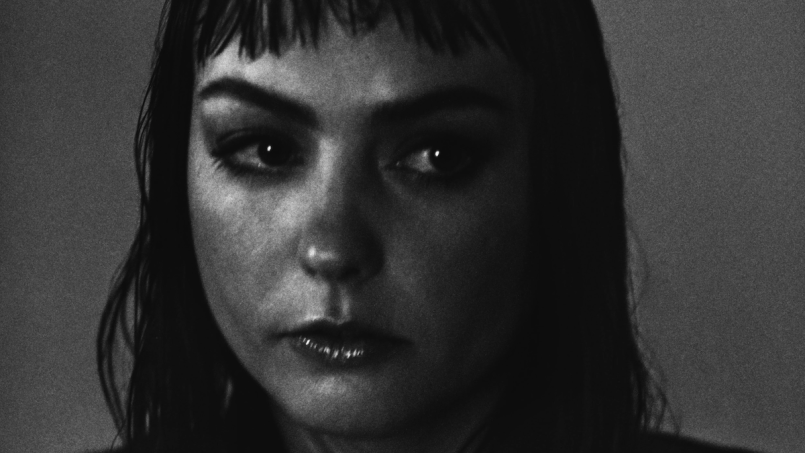 Last year, Angel Olsen released the orchestral All Mirrors, which quickly became not only one of the best albums of 2019, but of the 2010s in general. While promoting the effort, she frequently mentioned that early versions of the songs were intended for a separate, much more raw release. Today, Olsen has finally announced that companion record, Whole New Mess, and it’s due out August 28th via Jagjaguwar.

Nine of the 11 tracks on Whole New Mess will at least be partially familiar to All Mirrors listeners, only here they’re presented in their original, stripped-down form with slightly different titles. You’ll see “Lark Song” instead of the powerful “Lark”, “(Summer Song)” instead of simply “Summer”, and “Chance (Forever Love)” instead of “Chance”. These versions were recorded alongside producer Michael Harris at The Unknown, a Church in Anacortes, Washington that Mount Eerie’s Phil Elverum and producer Nicholas Wilbur converted into a recording studio.

Besides Harris, Olsen was accompanied by only a few guitars and microphones, making this technically her first solo LP since her 2012 debut, Half Way Home. Being largely alone in that Church with just her instruments, thoughts, and lyrics, Olsen was able to process the feelings of a recent breakup in “personal takes, encapsulated in a moment.”

“I hadn’t been to The Unknown, but I knew about its energy. I wanted to go sit with the material and be with it in a way that felt like a residency,” Olsen said in a press release. “I didn’t need a lot, since it was just me and a guitar. But I wanted someone else there to hold me accountable for trying different things.”

Take a listen to “Whole New Mess” below via its Ashely Conner-directed video. Under that, you’ll find the album artwork and tracklist.

Olsen will celebrate news of Whole New Mess with a performance on The Tonight Show Starring Jimmy Fallon tonight (Tuesday, July 28th). She’ll also play the latest virtual concert in her livestream series, Cosmic Stream 3, on the album’s release date, August 28th. She’ll be streaming from the Hazel Robinson Amphitheater in Asheville, North Carolina, and you can snag tickets here, including a bundle with Whole New Mess on pink vinyl.