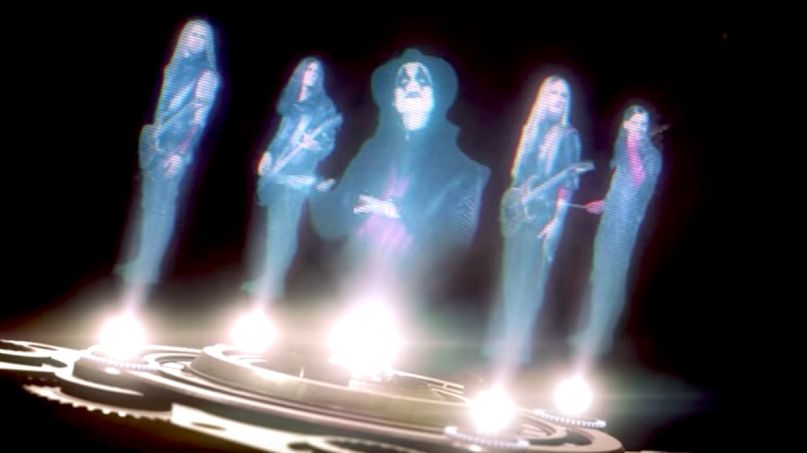 Avatar have released another song off their upcoming album, Hunter Gatherer. The new track, “Colossus”, comes with chugging riffs and rhythms, plus a disturbing music video.

Vocalist Johannes Eckerström starts the clip off with a haunting prologue, stating, “The human soul can be found within a single cell. It’s like how the essence of a painting can be seen in a single brushstroke. Our drive to force our will upon the world is in shackles, as no thought is truly free.”

As he ends his prologue, the band launches in with groovy rhythms, choppy guitars, and a mile-high chorus, making this a solid metal anthem. Visually, the music video depicts a body-less robot frustratingly trying to assemble some items, as a tiny human becomes a casualty of the process.

“The accompanying video for ‘Colossus’ mirrors the dystopian reincarnation of the band as it explores humanity’s vicious and complex relationship with technology and control,” Avatar say in a statement.

The Swedish metal band added that the song is the “dark counterpart” to previously released singles from Hunter Gatherer, “God of Sick Dreams” and “Silence in the Age of Apes.”

Hunter Gatherer, which the band describes as “an unflinchingly ruthless study of a clueless humankind’s ever-increasing velocity into an uncertain future,” is out August 7th, and can be pre-ordered here.

Watch the music video for “Colossus” below.