Bassnectar “Stepping Back” From Music Following Allegations of Sexual Misconduct

The prominent electronic music producer has been accused of assault, grooming, and ephebophilia 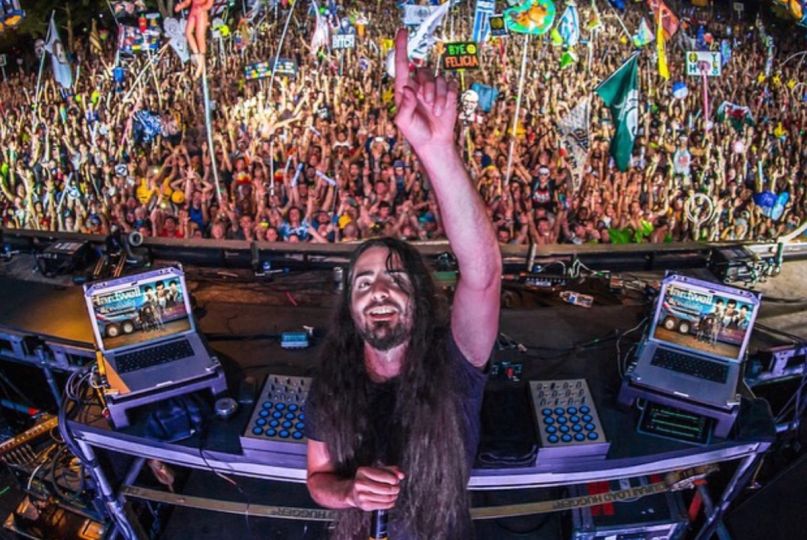 The prominent electronic dance DJ and producer Bassnectar says he is “stepping back” from music following multiple allegations of sexual misconduct, grooming, and ephebophilia.

A recently launched Instagram page called @evidenceagainstbassnectar has collected a number of disturbing allegations involving Bassnectar (whose real name is Lorin Ashton). Many of the alleged incidents involved young women under the age of 18. The Instagram page includes several detailed accounts written by his alleged victims in addition to archived text correspondences and audio recordings of their interactions with him. In one of the audio clips, Bassnectar can be heard admitting to raping a 17-year-old girl. In another clip, he attempts to gaslight his alleged victim by asking her if she wanted to see him be assaulted in prison for the rest of his life.

In a statement posted to Twitter on Friday, July 3rd, Bassnectar said he was “stepping back from my career and I am stepping down from my position of power and privilege in this community because I want to take responsibility and accountability. I feel intense compassion for anyone I may have hurt. I truly hope you allow me a chance to work together toward healing.”

However, Bassnectar disputed the veracity of the allegations, saying “the rumors you are hearing are untrue. Nonetheless, he added, “I realize some of my past actions have caused pain, and I am deeply sorry.” He also announced he would be handing off his non-profit organization Be Interactive “to a diverse team to continue without my involvement moving forward.”

“Sometime in the future I may share more thoughts on these matters, but for now, please take care of each other and I wish you all the brightest future,” Bassnectar wrote to conclude the July 3rd statement.

In an initial statement posted to a private Facebook group on June 29th, Bassnectar said the “rumors of sexual misconduct that are circulating about me are completely untrue. He added, “I have never been involved in anything that was not absolutely, unequivocally consensual. During a time when high profile men are being called out for their violence against women, I am proud to be an ally of women and stand in solidarity with victims. Thank you to all those who are listening to real victims of abuse and standing to support women.”

In a follow-up statement posted to Twitter on June 30th, Bassnectar said he would be establishing “scholarships for therapy” for victims of sexual misconduct. “As a man in a position of power, I have always hoped to treat people the way I want to be treated and to do the right thing,” he wrote. “Since my own romantic relationships and interactions have been positive, consensual, legal, and loving, I enjoy staying in touch and maintaining friendships.”

Rebecca Parks of the website Fresh Music Freaks has penned a detailed breakdown of the specific allegations against Bassnectar, including additional context for the various posts appearing on the @evidenceagainstbassnectar Instagram page. You can read Parks’ full report here.

Note: A previous version of this article referred to Bassnectar’s alleged interactions with underage girls as pedophilia. As his interactions appear to be exclusive to high-school aged girls, the correct term is ephebophilia, and we have edited the article to reflect that.