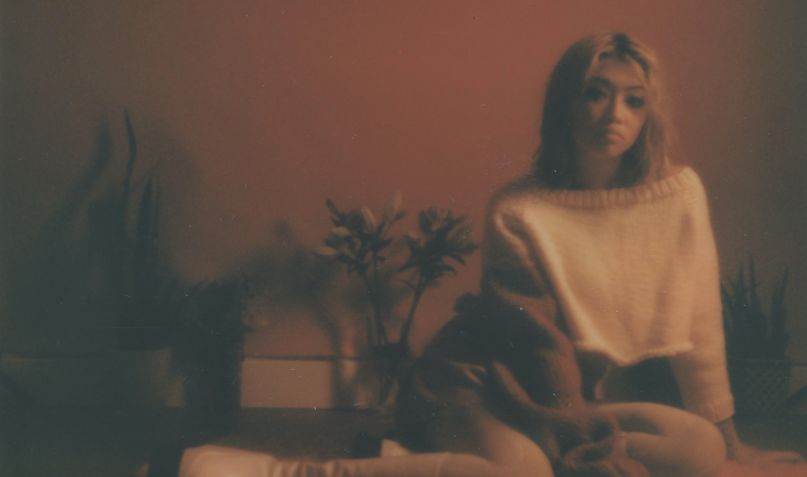 According to a statement, Fake It Flowers is due out sometime later this year through Dirty Hit Records, the English indie label home of The 1975, Wolf Alice, and former Artist of the Month Rina Sawayama. The full-length follows last year’s Space Cadet, an EP that contained the Pavement-referencing single “I Wish I Was Stephen Malkmus”.

The forthcoming album’s lead single “Care” picks up where that project left off, but is also a welcomed continued evolution of her lo-fi bedroom style, which has drawn comparisons to The Moldy Peaches. Her vulnerability here is noticeably more raw, as the 20-year-old Londoner longs to be understood.

This new track is accompanied by a video helmed by frequent collaborator bedroom during quarantine. beabadoobee (real name Bea Kristi) offered extra context on it and the track:

“This song has end-of-a-90s movie vibes, like you’re driving down a highway. It is pretty much me being angry at society, or people around me who I just don’t think know me and don’t care. I don’t want you to feel fucking sorry for me. I just want you to understand what I’ve been through. I never expected to be making the first video from my album during a pandemic! I was so lucky to be locked down with the bedroom guys, it feels like it turned out as one of the most personal, real videos I’ve made. I’m so excited to share it!”

Watch “Care” below and stay tuned for more details on Fake It Flowers.

In recent months, beabadoobee has worked alongside Jay Som and Soccer Mommy and covered The 1975. There’s also been renewed interest in her “coffee” cut following its sampling on Powfu’s TikTok smash hit “death bed”.