Ben Stiller, Darren Aronofsky to Adapt Stories From Stephen King’s If It Bleeds

Details have also surfaced surrounding the future of HBO's The Outsider 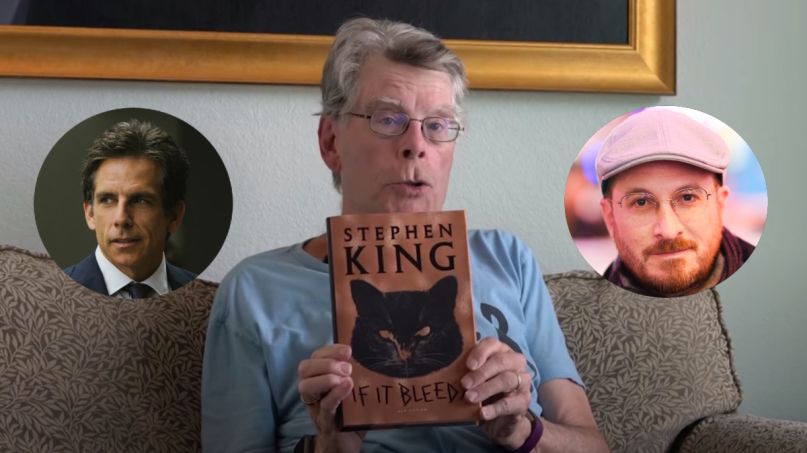 Hollywood continues to devour Stephen King’s latest collection If It Bleeds. Last week, it was confirmed that Netflix, Ryan Murphy, and Blumhouse are adapting “Mr. Harrigan’s Phone”. Now, according to Deadline, we know where the other stories are going.

The book’s second story, “The Life of Chuck”, has been scooped up by Darren Aronofsky’s house Protozoa. So far, the veteran filmmaker is only attached to produce, but the surrealist trifecta of a tale would be a perfect fit for the brazen auteur.

Next up is Ben Stillervof all people, who has optioned the fourth story, “Rat”. If all goes to plan, Stiller would both star and direct the film, which follows a troubled writer who makes a Faustian bargain with, well, a furry critter.

And finally is the titular novella featuring Holly Gibney. Details are scarce, but reports suggest HBO has been circling the story to use as material for a second season of The Outsider. Like the aforementioned, the pieces align here, too.

With Hollywood essentially shut down over the pandemic, who the hell knows when any of these projects will get off the ground. At the very least, this feeding frenzy of IP proves once again that King remains king in Tinseltown.

Below, you can revisit a complete breakdown of If It Bleeds by The Losers’ Club. Haven’t read it yet? Grab a copy here.