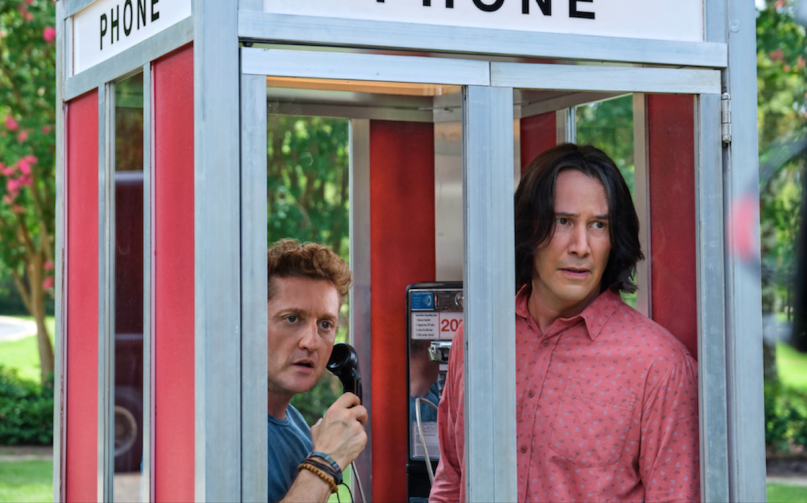 The Wyld Stallyns are riding into your living room: Bill & Ted 3: Face the Music will now arrive on VOD and in select theaters on September 1st. To celebrate, Orion Pictures has dropped a totally awesome new trailer.

Tasked to write and complete a world-saving tune, the two heroes set out on another time-traveling adventure, this time involving their daughters: Samara Weaving as Thea Preston and Brigette Lundy-Paine as Billie Logan. It’s pretty far out.

Bill & Ted 3 had originally been scheduled to hit theaters on August 21st, but was previously delayed due to the ongoing pandemic. It serves as the third film in the franchise, following 1989’s Bill & Ted’s Excellent Adventure and 1991’s Bill & Ted’s Bogus Journey.

Watch the new trailer below. For a more in-depth preview, be sure to tune into the film’s Comic-Con@Home panel this Saturday, July 25th at 3:00 pm PT. Kevin Smith will host the conversation that includes the cast and crew. You can catch that right here.