Billie Eilish Announces New Single “my future”, Due Out Next Week 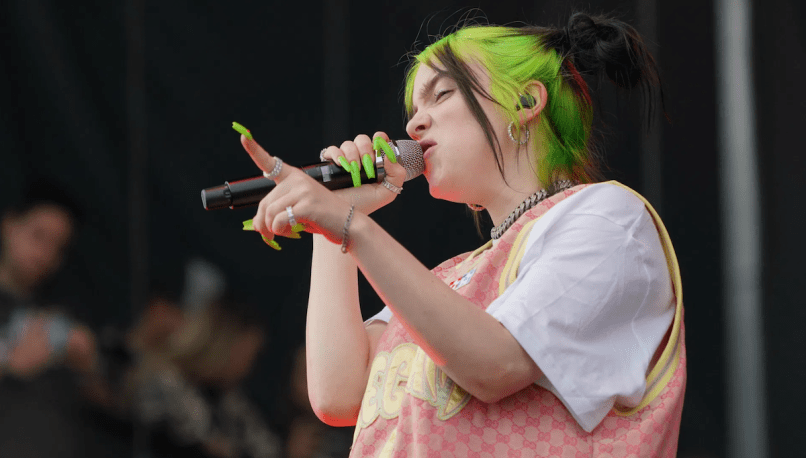 Billie Eilish is closing out the month with a special summer treat for her fans.

Our 2018 Rookie of the Year has announced that she will release a new single called “my future” next week on July 31st. The track marks her first new music since “No Time to Die”, her James Bond theme song from February, which somehow feels like a lifetime ago. It also follows her 2019 offering “everything i wanted”.

It’s unclear whether “my future” is a standalone release or taken from a larger project. We haven’t heard much in the way of a new record, the follow-up to debut album WHEN WE ALL FALL ASLEEP, WHERE DO WE GO?, but it’s not as though the 18-year-old pop star has been idle. She and her father recently launched their own radio show on Apple Music, and Eilish performed a quarantine-style concert from home with assistance from older brother FINNEAS. She’s also given interviews on social issues and body image, and is rumored to be part of the new Office podcast hosted by Kevin Malone himself.

Additionally, to start the year, Eilish dominated the 2020 Grammys, sweeping all of the General Field categories: Song of the Year, Best New Artist, Record of the Year, and Album of the Year. She’s the youngest and first female artist to win all four in one night, and only the second artist over all to do so. Christopher Cross did it in 1981, while Adele won all four in different years.

As you wait for “my future”, revisit “No Time to Die” down below and snag a copy of her critically acclaimed debut LP here.

Billie Eilish – “my future”
Out next Thursday