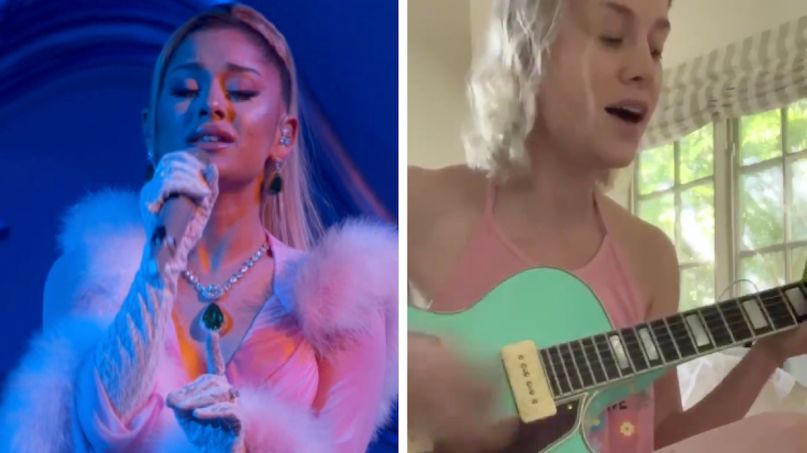 Captain Marvel just might be the biggest Ariana Grande stan in Hollywood. Last year, Brie Larson covered “My Everything” and “God Is a Woman”. Now, she’s back with a new spin on another Grande classic: “Be Alright”.

The breakout single from Grande’s 2016 album Dangerous Woman is light and catchy, and Larson upholds those qualities while giving it a stripped-down sheen. Armed with her own guitar and the quiet background of her peaceful home, the actress nails each note and vocal scale, proving once again that she’s just as good at singing as she is at acting. Watch her cover below.

It’s not just a coincidence that Larson semi-regularly shares cover songs on social media and totally nails them. Back in 2005, before she was an A-list movie star, she dropped an album called Finally Out of P.E and even went on to tour with Jesse McCartney. Of course, these days she’s busy starring in films like Just Mercy, gracing the Oscars with her presence, and celebrating milestones for her early career movies.

As for Grande, she’s still speaking up and singing loudly, even while stuck at home during the pandemic. The pop star spent the early days of quarantine singing Broadway songs from her bedroom and dropping collaborative singles with Justin Bieber and Lady Gaga. She’s also hit the streets to march in the global Black Lives Matter marches protesting the death of George Floyd.