BTS Announce New English-Language Single Due Out on August 21st 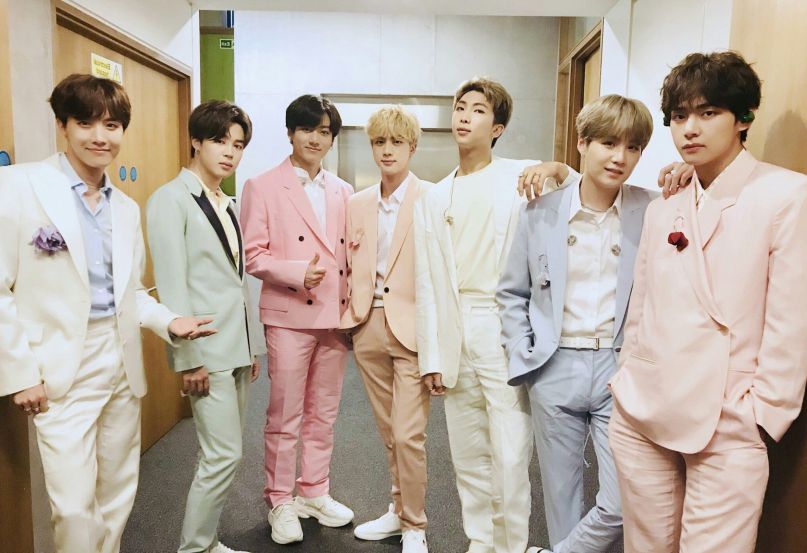 BTS are set to release a brand new single on August 21st. Update: The song is called “Dynamite”.

“We have prepared a new single for ARMY, set for August 21st. We are preparing an album for the second half of this year, but decided to first release a single because we wanted to reach our fans as soon as possible,” the K-pop group revealed on V LIVE, a Korean livestream broadcasting app. “Due to COVID-19, people around the world have been going through tough times and we wanted to share some positive energy with our fans.”

BTS further divulged that the new song “is upbeat and sung in English, just like ‘MIC Drop’ and ‘Waste It On Me’. We thought that the song sounded perfect as it is in English. We recorded the guide version and felt that the result was something totally new and fresh.”

“When we first heard and recorded the song, we were energized and our spirits were lifted up. We can’t wait to share this song with you all and enjoy it together,” the group added.

BTS have released two albums in 2020 thus far: Map of the Soul: 7, which dropped in February, and the Japanese-language companion LP Map of the Soul: 7 – The Journey, which surfaced earlier this month. While the pandemic derailed their worldwide touring plans, the group has kept busy with a headlining performance as part of the Obamas’ “Dear Class of 2020” virtual graduation, and the release of their “Bang Bang Con” livestream concert. They also pledged $1 million to Black Lives Matter.