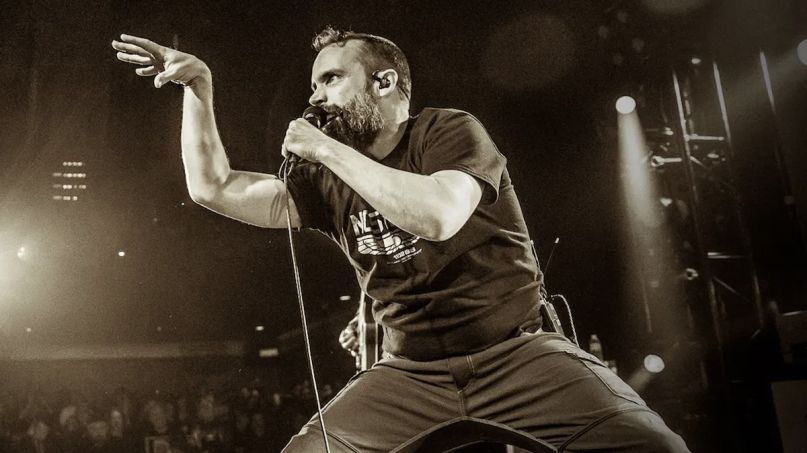 If you’ve ever wanted to build your own Clutch setlist, now’s your chance. The band might even play it during its upcoming livestream performance, dubbed “Live from the Doom Saloon Volume II”.

Clutch are encouraging fans to pick their “dream 14-song setlist” for the virtual concert, which costs $9 and streams at 5:00 p.m. PT / 8:00 p.m. ET on August 7th (and available on-demand through that weekend). Donations from the show go to benefit the Innocent Lives Foundation.

Any Clutch song from their 1991 “Pitchfork” 7-inch through 2018’s Book of Bad Decisions and their recent Weathermaker Vault Series is game. It’s a lot to choose from, but whoever submits the winning setlist — as picked by the band — will receive an insane prize pack including: a TremLord 30 combo amplifier from Orange Amps, a Creepy Fingers stompbox designed by Fu Manchu’s Brad Davis, a Jim Dunlop CryBaby wah pedal, a case of Liquid Death mountain water, and Clutch merchandise.

That’s some pretty tempting incentive for Clutch faithful to start compiling the ultimate setlist. The winner will be chosen during the livestream.

The virtual show follows the first “Live from the Doom Saloon” that aired back in May. Clutch have been one of the most active heavy bands during the pandemic, frequently streaming performances from their rehearsal space during lockdown.

Tickets and bundles — including a vinyl pressing of the upcoming performances — are available via Clutch’s merch site. You can submit your setlist via their designated ClutchSetList site.