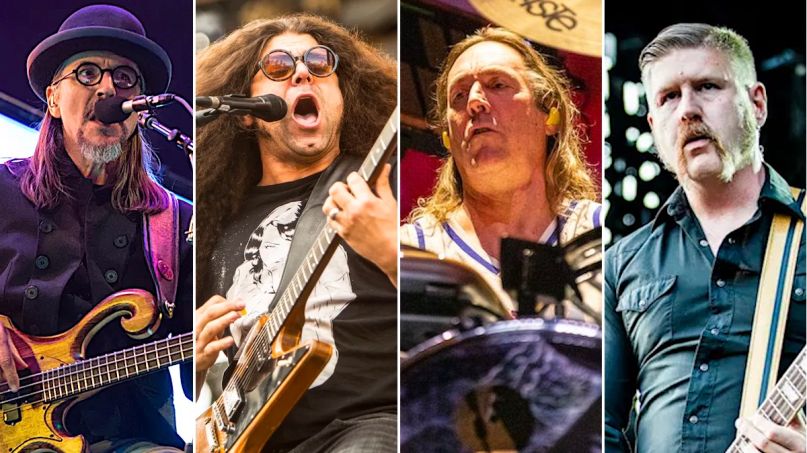 The latest edition of Two Minutes to Late Night’s “Bedroom Covers” series of quarantine performances packs the most star power yet. Members of Tool, Mastodon, Primus, and Coheed and Cambria joined forces for a socially distant rendition of the Rush classic “Anthem”.

The Two Minutes to Late Night crew has been churning out a number of impressive collaborative performances as part of the “Bedroom Covers” series, which was actually conceived just prior to the pandemic. For this latest one, they’ve brought out the big guns.

That’s one helluva one-time-only supergroup, and they deliver on all fronts. Carey sits behind his massive drum kit as he pays homage to his hero Neil Peart, the legendary Rush drummer who passed away earlier this year.

Claypool, who will pay further tribute to Rush when Primus perform A Farewell to Kings in its entirety on tour next year, sports a futuristic gas mask as he plays bass, while Kelliher rocks his guitar wearing a pair of light-up glasses. And Sanchez does Geddy Lee proud with an impressive vocal performance.

Watch the aforementioned members of Coheed and Cambria, Tool, Mastodon, and Primus rock Rush’s “Anthem” below.