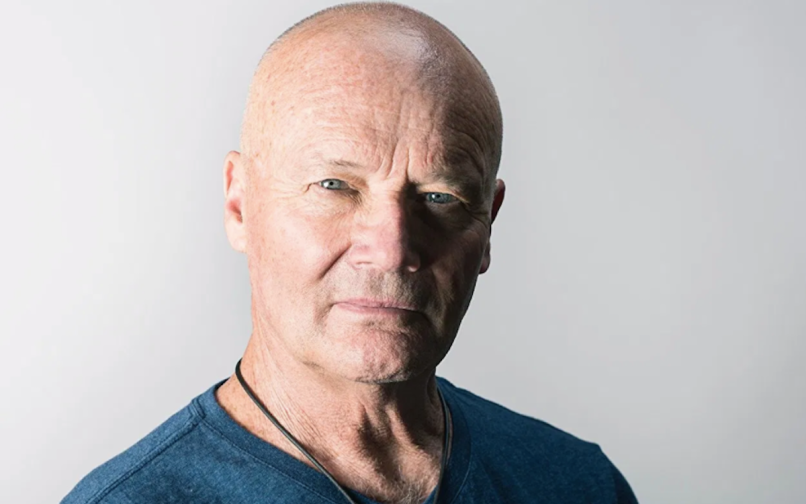 Creed Bratton, the musician and actor made famous by The Office, has shared his new song “The Ride”. It’s off his eighth solo album, Slightly Altered, which hits shelves and streamers on July 17th.

Within The Office, Bratton’s role was that of a spicy pepper, deployed sparingly but delivering potent flavor. But while he is best known for that iconic sitcom, he was first known as the lead singer and guitarist of The Grass Roots. Bratton fronted this American rock band from 1967 to 1969, and even had a pair of top ten Billboard hits.

He spent the next three decades landing small film and television roles. But even before The Office made him a household name (literally — the character is named after him) Bratton had returned to his first love of music. Slightly Altered is his eighth record since he left the Roots, and his first since 2018’s While the Young Punk’s Dance.

In an interview with Parade, Bratton called the new LP his “most personal album to date.” It was produced by Dave Way (Fiona Apple, Christina Aguilera) and Dillion O’Brien, and features a re-recording of The Grass Roots’ 1970 song “Temptation Eyes”.

Lead single “The Ride” is a rollicking guitar tune with roots in southern rock. But as Bratton explained to Parade, he actually wrote an early version of the song as a parody of the theme from The Office. He said,

“I always played The Office theme [on tour], but I had written lyrics to it. You know, ‘Let’s start at the top with Michael Scott led by Steve Carell, and he’s pretty swell. There’s Rainn Wilson, and he plays Schrute. He’s militant in his mustard suit…’ It goes on and on people love it, you know? So I recorded the office theme with my lyrics, and it sounded great. And then my lawyer went to NBC to clear it, saying, Creed wants to put this out there. Nope, Nope. But in life, one obstacle opens something better. So, OK, I can’t do it. What am I going to do with the track? And I thought, maybe I will put some other lyrics to this track. That didn’t fly. So then I started from scratch again with, like the first three chords of the chorus, and that turned out to be “side by side.” And from there I wrote the whole song about a guy meeting the right woman. And she’s the one. He doesn’t care what she’s done before. That kind of thing. I think at my age, I still believe there’s that woman’s out there for me. It turned out to be a good thing, because the song is very catchy.”

Check out “The Ride” below. Slightly Altered arrives on July 17th, and Bratton had previously shared the lead single “Chan Chu Toad”. In May, Bratton reunited with the rest of The Office cast to participate in a virtual wedding.