With guidance from his mother, a former school teacher, Grohl presents his argument in a new audio recording and essay for The Atlantic 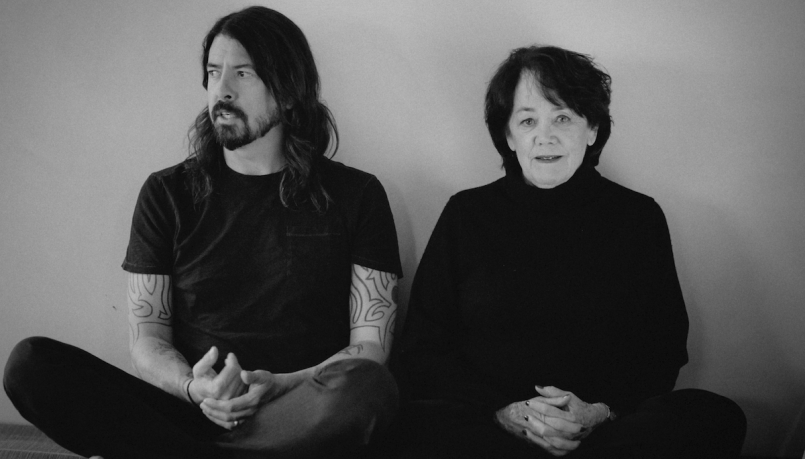 Despite a spike in COVID-19 cases around the country, Donald Trump and his administration are keen on reopening schools. The dangerous move will undoubtedly put teachers and children at risk — especially students of color, according to one former CDC director. Teachers have responded with concern, anger, and even lawsuits aimed at the government. Now, Dave Grohl, former student and the son of a teacher, has been moved to speak up in defense of educators.

The Foo Fighters frontman has argued on behalf of teachers in a new audio version of his True Stories Instagram series, as well as in a lengthy essay written for The Atlantic. Together with helpful insight from his mother and a former teacher, Virginia, Grohl outlined the importance of “essential worker” teachers and emphasizes the hazard they now face as a result of the irresponsible White House.

Grohl’s eight-minute True Stories audio episode begins with a recounting of his early days in the Fairfax County, Virginia school system before he decided to drop out. “To this day, I’m haunted by a reoccurring dream that I’m back in those crowded hallways, now struggling to graduate as a 51-year-old man, and anxiously wake in a pool of my own sweat,” recalled the veteran rocker.

Grohl also remembered witnessing the enduring commitment and care his mother had for her students, even as she juggled parenthood and multiple other jobs to make ends meet. “As a single mother of two, she tirelessly devoted her life to the service of others, both at home and at work,” he said, while also noting that HAIM, Tom Morello, and Josh Groban are also children of teachers.

“Unsurprisingly, her devoted parenting mirrored her technique as a teacher,” continued Grohl. “Never one to just point at a blackboard and recite lessons for kids to mindlessly memorize, she was an engaging educator, invested in the well-being of each and every student who sat in her class.” Virginia was also “one of those teachers who became a mentor to many and her students remembered her long after they graduated.”

In the age of coronavirus and Trump’s threat of reopening schools, teachers are now “confronted with a whole new set of dilemmas that most people would not consider. There’s so much more to be addressed than just opening the doors and sending [children] back home, my mother tells me on the phone,” Grohl said. He continued,

“Now 82 and retired, she runs down a list of concerns based on her 35 years of experience: Masks and distancing, temperature checks, crowded bussing, crowded hallways, sports, air-conditioning systems, lunchrooms, public restrooms, janitorial staff. Most schools already struggle from a lack of resources. How can they possibly afford the mountain of safety measures that will need to be in place?”

Grohl acknowledged that “remote learning is an inconvenient” solution, but also knows that the alternative plan proposed by Trump is far worse:

“But as much as Donald Trump’s conductor-less orchestra would love to see the country reopen schools in the name of rosy optics, ask a science teacher what they think about White House press secretary Kayleigh McEnany’s comment that ‘Science should not stand in the way.’ It would be foolish to do so at the expense of our students, teachers and school.”

“When it comes to the daunting and evermore politicized question of reopening our schools in the coronavirus pandemic, the worry for our children’s well-being is paramount,” the rock frontman added.

Grohl made similar points in his accompanying essay for The Atlantic. One paragraph in particular saw him again question the expertise of our leaders, making the argument that he wouldn’t “trust the U.S. secretary of percussion to tell me how to play ‘Smells Like Teen Spirit’ if they had never sat behind a drum set, so why should any teacher trust Secretary of Education Betsy DeVos to tell them how to teach, without her ever having sat at the head of a class? (Maybe she should switch to the drums).”

“Until you have spent countless days in a classroom devoting your time and energy to becoming that lifelong mentor to generations of otherwise disengaged students, you must listen to those who have. Teachers want to teach, not die, and we should support and protect them like the national treasures that they are. For without them, where would we be?”

Stream the whole True Stories installment below. Then head to The Atlantic for the full essay.