Dave Grohl Says He Worried About Getting Fired from Nirvana 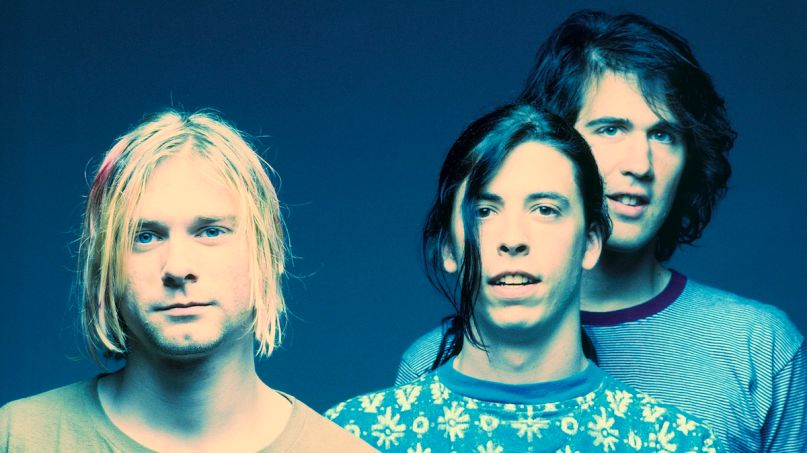 Dave Grohl’s drumming in Nirvana is the stuff of legend, but at one point he was worried about getting fired from the band. In a new interview, Grohl admits he was “nervous” that he “was not good enough” to keep his job in the iconic grunge act.

“I joined Nirvana, I was their fifth drummer, right?” Grohl reflected in a new interview with Matt Wilkinson of Apple Music. “They’d had a team of drummers before me and some of them were more, I don’t know, more in the band than others. So when I joined the band, I didn’t know Krist and Kurt at all. And when we first met and started playing, it was clear that when we got together to play that it worked really well, and we sounded what most people know now to sound like Nirvana. We sounded like that.”

He continued, “But you just meet these people and then it wasn’t long… It was almost exactly a year from the time I joined to the time Nevermind came out. And then once it came out, it was like things happen so quickly. The band got really big.”

The newfound success and expectations — along with Nirvana’s history with drummers — made Grohl insecure about his playing.

He added, “You’re just so nervous that you’re going to either get fired or it’s going to stop. I didn’t want to get fired basically. And so I was doing my best to keep this thing from going away. So there was this real insecurity that I had — ‘I’m not good enough. They’re going to find somebody else.’”

Grohl would overcome those insecurities and eventually conquer them outright when he formed his own band, Foo Fighters, and recorded their debut album entirely by himself, playing every instrument. The occasion for the Apple Music interview is the 25th anniversary of Foo Fighters’ self-titled debut album, which was released on July 4th, 1995.

When Nirvana dissolved following the death of Kurt Cobain, Grohl would turn to his new project for solace and eventually a highly successful career.

“So after Kurt passed away, there was a period of everyone just hiding from the world and our whole world was turned upside down,” Grohl said. “So there was grief, there was mourning. We all rallied together. I remember hanging out with Krist Novoselic and the two of us making sure that we were okay.”

“Eventually, I started getting calls from people to ask if I wanted to play drums with them or join another band, and I just didn’t see that happening at the time,” recalled Grohl. “And I’d always come home from tours and recorded songs by myself, but that feeling was gone. I didn’t really want to write or even listen to music, much less join a band and play in one.”