The book about the classic 1990 thrash album arrives September 8th 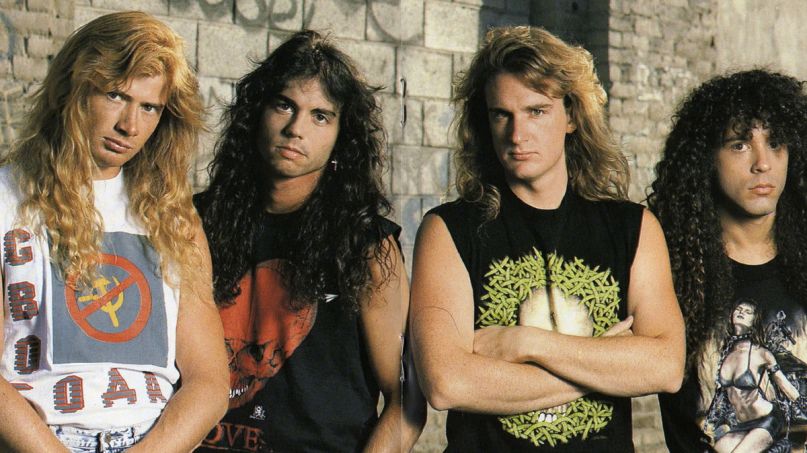 Megadeth frontman Dave Mustaine has set a September 8th release date for his upcoming book, Rust in Peace: The Inside Story of the Megadeth Masterpiece. The 208-page tome features a foreword by Guns N’ Roses guitarist Slash.

This isn’t Mustaine’s first foray into the world of literature. He released his excellent autobiography, Mustaine: A Heavy Metal Memoir, back in 2010. For his new book, Mustaine centers on the classic 1990 LP, which many consider Megadeth’s finest artistic achievement.

Based on the publisher’s synopsis, the book gives thorough first-hand insight into the making of the album, including “the process of hiring the band and supporting cast, of trying to handle the ensuing success, and ultimately the pressure of fame and fortune-which caused the band to finally break-up.”

“Little did Mustaine know that the birth pangs of the record were nothing compared to the oncoming pain and torment that would surround it,” the synopsis reads (via Hachette Books). “Alcohol, drugs, sex, money, power, property, prestige, the lies the band was told by the industry — and the lies they told each other — were just beginning, and much like rust in real life, these factors would ultimately eat away at the band’s bond until only the music survived.”

The album’s historical and musical significance is echoed by Slash in the foreword: “Rust in Peace put the band on the map… It made Megadeth a household name… I certainly understand why every important Rust in Peace anniversary is celebrated as a pivotal moment for both Megadeth and for heavy metal.”

The Rust in Peace book is co-written by Joel Selvin and can be pre-ordered here. Check out the cover below, and see where the Rust in Peace LP lands in our ranking of Megadeth’s albums.