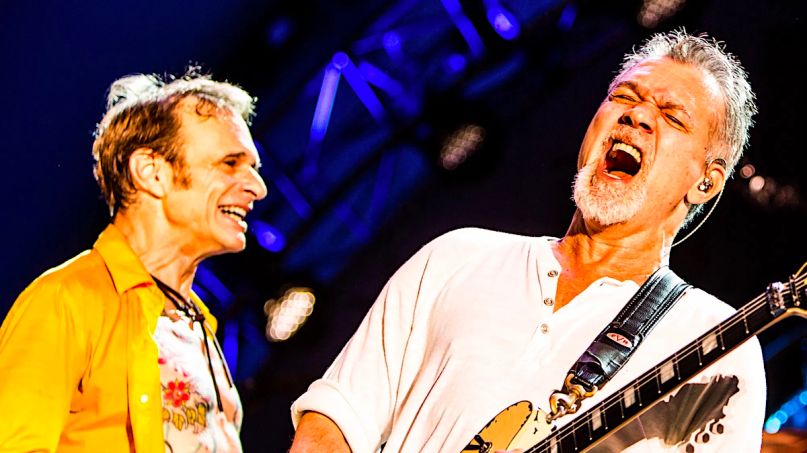 David Lee Roth believes that his Van Halen bandmate Eddie Van Halen is likely done touring, doubting that the guitarist will be willing to endure “rigors of the road again.”

Van Halen, the band, have not toured since 2015, and reports surfaced last October that Eddie Van Halen was battling throat cancer for the past five years. A month later, the guitarist was reportedly hospitalized for complications from drugs he was taking to combat the disease. Eddie had previously battled tongue cancer in the early 2000s.

Just prior to the reports on Eddie’s health, Roth told radio station WRIF, “I think Van Halen is finished” and that “Eddie’s got his own story to tell.”

Now, in an interview with the New York Times, Roth expressed doubt that Eddie would ever return to the road, in any capacity.

“I don’t know that Eddie is ever really going to rally for the rigors of the road again,” commented the singer. “I don’t even want to say I’ve waited — I’ve supported for five years. Because what I do is physical as well as musical and spiritual — you can’t take five years off from the ring. But I did. And I do not regret a second of it.”

He continued “[Eddie is] a bandmate. We had a colleague down. And he’s down now for enough time that I don’t know that he’s going to be coming back out on the road. You want to hear the classics? You’re talking to him.”

That last line, about hearing the classics, refers to Roth playing solo shows again. This year, he was tapped to open for KISS on the latter’s farewell tour, and play a number of residency shows in Las Vegas. While he did manage to get some shows in early this year, both in Vegas and supporting KISS, the pandemic has put a halt to his 2020 touring.

As of now, there’s been no official statement regarding the late summer/fall run of KISS’ North American tour, on which Roth is slated to open all dates. Those shows are scheduled to kick off August 28th in Burgettstown, Pennsylvania.

Not everyone agrees with Roth’s assessment, however. Former Van Halen singer Sammy Hagar said earlier this year that he thought Van Halen would be back on the road next year, if the concerts are back up and running. The Red Rocker declared, “Until Ed or [drummer] Alex Van Halen die, they’re not finished.” Then again, Hagar is the same person who recently said he’s willing to risk dying from COVID-19 to help kickstart the concert industry.