Drake Teams Up With Headie One for New Song “Only You Freestyle”: Stream

Watch the two rap their verses in a moody music video 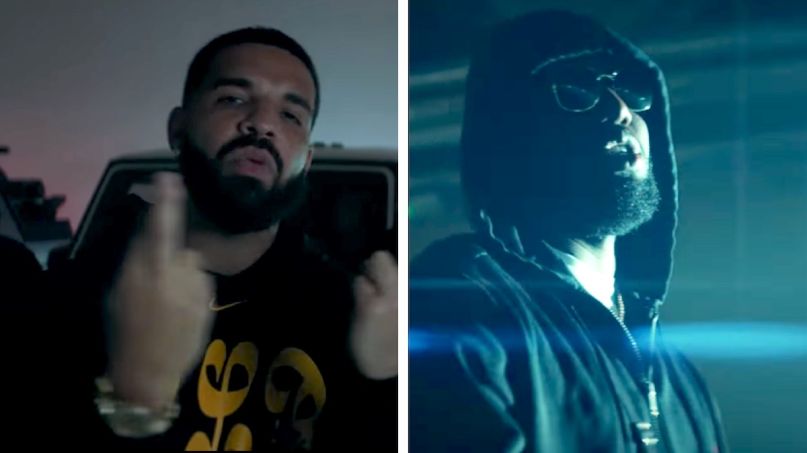 Drake and Headie One

Drake has teamed up with British rapper Headie One for a new collaborative track called “Only You Freestyle”. The standalone single sees both artists splitting the song in half, with each getting just under two minutes to freestyle nonstop.

Produced by M1onthebeat, “Only You Freestyle” wastes no time letting Drake and Headie One lay down some new thoughts. While the Scorpion star’s verses see him charging forward with a tight speed, even speaking in Arabic for a spell, he eventually trips over his own tongue and begins to fall off tempo — a cringeworthy moment for anyone who can keep time. Meanwhile, Headie One keeps his name clean, gliding through his part with ease and flair alike.

In the corresponding music video, directed by Nathan James Tettey and Theo Skudra, both Drake and Headie One can be seen chilling in a parking lot alongside friends and crew members. The two take turns pacing the ground to rap directly into the camera. Meanwhile, soft lighting courtesy of car headlights casts a moody atmosphere over the whole thing. Watch it below.

This is the latest in a handful of new releases from Drake. Last week, he linked up with DJ Khaled for two new singles. Before that, he dropped his Dark Lane Demo Tapes mixtape, a TikTok dance song, and that viral hit with DaBaby.