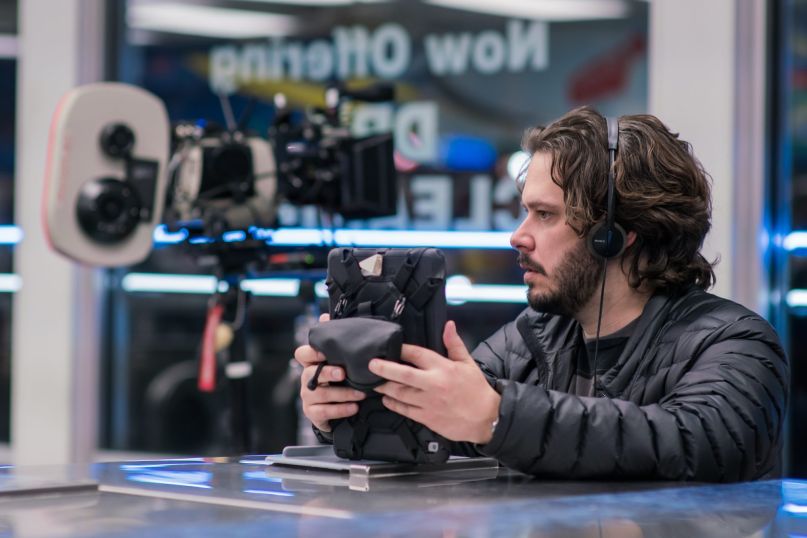 Edgar Wright is staying spooky. As Deadline reports, the Baby Driver filmmaker has added another project to his plate. It’s called Stage 13, a ghost story from Amblin Partners that reads like a ghoulish comedy in the vein of, say, Warm Bodies.

Written by Saturday Night Live alum Simon Rich, who based the screenplay on his own short story-of-the-same-name, Stage 13 follows a silent film-era actress who has haunted the titular soundstage for decades. Her afterlife changes when she meets a struggling director, and the two find a way to work together.

It’s easy to see why this project would tickle Wright’s funny bone. The story digs right into his roots, back when he was still cutting his teeth on Spaced and Shaun of the Dead. So, this should be quite a delight, all things considered.

Whether or not this is Wright’s next project, though, remains to be seen. In June, the English filmmaker also signed on to direct Universal’s The Chain, which involves a disturbing pyramid scheme involving kidnapping that has parents becoming criminals.

And of course, we’re still waiting on his latest feature, Last Night in Soho. The highly anticipated psychological horror film was recently bumped from its September release all the way to April 23rd, 2021, which is a terrible drag, but all for the best.

In related news, Wright recently reunited with the cast of Scott Pilgrim vs. the World for a read-through over Zoom. Catch that here and stay tuned for an exclusive interview with the filmmaker on Consequence of Sound involving the film’s 10th anniversary.

Previous Story
Senators Introduce “Save Our Stages” Legislation to Help Music Venues During Pandemic
Next Story
Ashe Is So Over It On New Single “Save Myself”: Stream
Popular
More Stories
[fu-upload-form form_layout="media" title="Submit Your Photo"][input type="hidden" name="ugc" value="1"][/fu-upload-form]