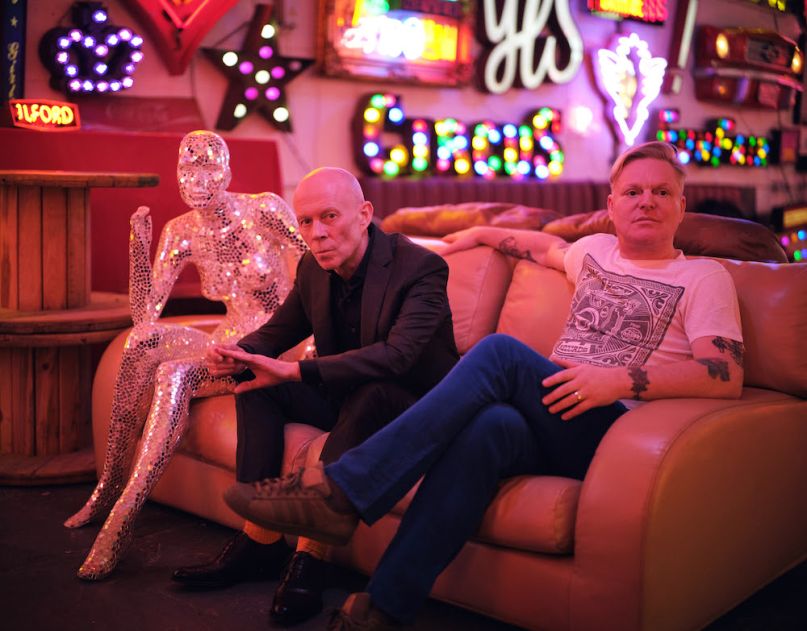 Erasure are back with another slice off their forthcoming album, The Neon. It’s titled “Shot A Satellite” and follows last month’s first single, “Hey Now (Think I Got A Feeling)”.

“You shot a satellite/ to catch a man alive/ You spun a web of love for me,” Andy Bell sings in what must be the group’s 200th catchy chorus to date. “You make me come alive/ There ain’t no bitter edge/ You’re really coming through to me.” Spoiler: It’s a love song.


Stream “Shot A Satellite” with its candy-coated lyric video below.

The Neon arrives officially on August 21st through Mute Records. It should be noted that this is the 18th effort to date from Bell and co-songwriter Vince Clarke, and arrives three years after their previous full-length, 2017’s World Be Gone.