Plus, director Josh Boone details his abandoned plans for a trilogy 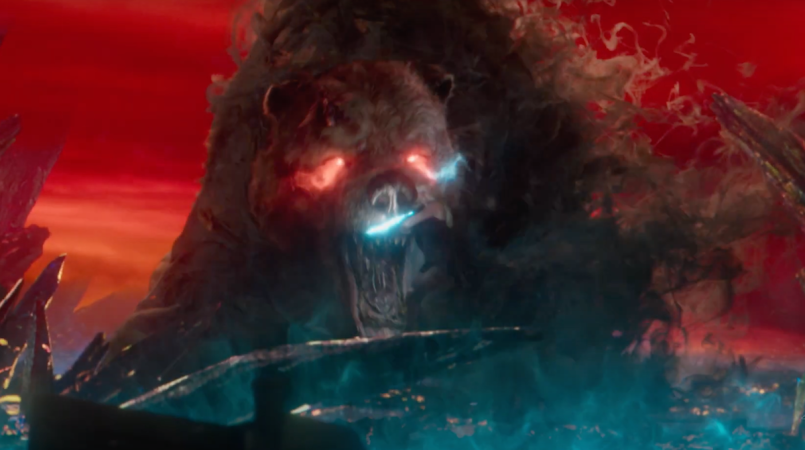 The New Mutants is still targeting an August 28th release, though as a summer blockbuster season looks increasingly unlikely, fans shouldn’t be surprised if there’s yet another delay. Disney/20th Century must have figured fans have waited long enough for a good glimpse at the X-Men horror film, however, as they revealed a whole bunch of new footage during the New Mutants Comic-Con@Home panel — including the opening scene and a power-packed trailer.

The real goods came around the 24:10 mark, when Madison introduced the first scene from the film. The clip opens with a voiceover from Hunt’s Dani detailing the legend of the two bears. It quickly cuts to Dani waking up in her bed to the sounds of thunderous explosions and shaking. A fire burns outside her window as her father grabs her hands and makes a run for it. Outside, her town is being destroyed by something unseen — though we all know this is likely the movie’s big-bad, the Demon Bear. As Dani makes a run for it, she trips and hits her head, waking up handcuffed to a hospital bed with someone looking down at her through an air vent.

And that’s where the new trailer picks up. Another voiceover from Braga’s Dr. Reyes reveals that all the New Mutants are patients at her hospital because they’ve “killed someone.” From there, the teaser is pretty much a slam cut of special effects, giving us our first really clear looks at almost everyone’s abilities (Cannonball’s explosive speed, Sunspot’s supernova heat, Magik’s teleportation and sword skills, and Wolfsbane’s werewolf trick) and the massive villain himself, Demon Bear.

Check out the opening scene and trailer below, followed by the full New Mutants Comic-Con@Home panel.

In related news, Boone recently sat down with /Film to discuss now-abandoned plans to make a New Mutants trilogy. He revealed that early versions of the script had the fan-favorite character Warlock involved, but budget restrictions forced him to be cut. “So our plan was always to have Warlock come back in the next one and try to tell his story then,” Boone said, before revealing that New Mutants 2 would be an alien invasion story, which fits given Warlock is a member of the mechanical alien race known as the Technarchy.

Boone said each entry in the series would have been “separate horror genre films.” “The first one’s like a rubber reality horror movie, the second one was supposed to be an alien invasion movie with Warlock, and then the third one was going to take all these elements from the X-Men crossover from the late ‘80s and early ‘90s called Inferno to be a kind of supernatural, apocalyptic horror movie,” he explained. “That was the plan.”

Now that Fox sold back the X-Men/mutant movie rights to Marvel, who has plans to introduce its own version of the characters in the Marvel Cinematic Universe, it’s unlikely Boone’s vision will ever be fully realized. But who knows, maybe all the hype from New Mutants’ constant delays will lead to it being insanely successful and Marvel will let Boone run with it.

Though for now, let’s just wait for the first one to actually get released. Cinemas have once again delayed their reopening dates as both Tenet and Mulan have been indefinitely postponed. With the pandemic surging in America and no tentpoles to anchor them, it’s entirely possible theaters won’t reopen this summer. Here’s hoping that’s not the case, and New Mutants finally gets its due.

Editor’s Note: When theaters do finally reopen, you’ll likely want (or need!) to be wearing a face mask during screenings. Prepare now by picking up one of our custom, branded masks.