Spend the last weeks of summer at Camp Crystal Lake 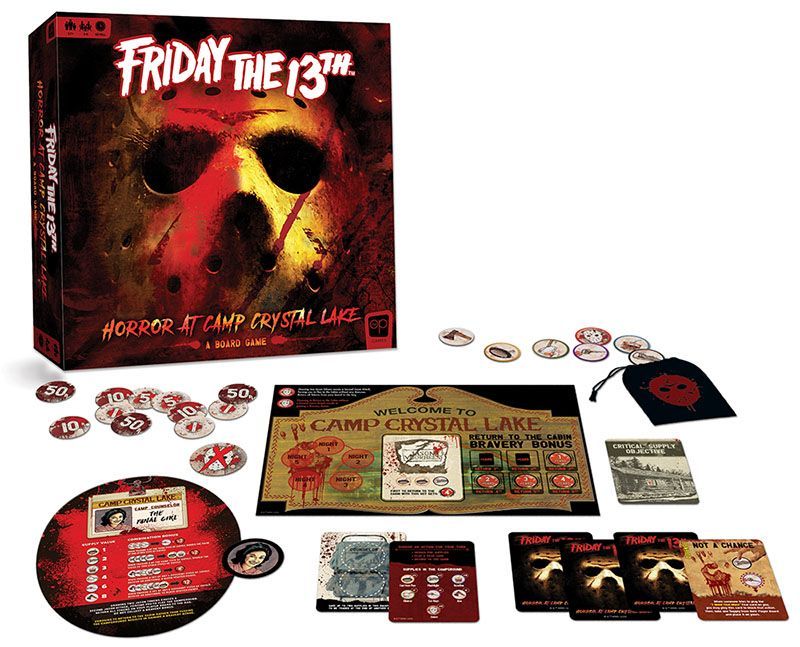 Friday the 13th Board Game (The Op)

Friday the 13th is a fickle franchise when it comes to rights. (We’ll let Friday 3 star Larry Zerner explain the legal mumbo jumbo.) That’s why we’re only just now getting an officially licensed board game featuring Camp Crystal Lake and Jason Voorhees.

Enter Friday the 13th: Horror at Camp Crystal Lake, a new press-your-luck survival game from The Op that “puts you and your friends in the roles of camp counselors in a face-off with the hockey-masked murderer for an intense five ‘nights’.”

The logline continues, “Endure the suspense and win by gathering the most valuable supplies or finding safety as others lose everything, with unexpected hitches the whole way!” Because, let’s be real, it wouldn’t be a true-blue Friday the 13th experience without some “unexpected hitches.”

Of course, it also wouldn’t be a Friday the 13th story without some staple archetypes, and the board game has aplenty. Players can take on the role of six different camp counselors, from the Final Girl to the Partier to the Nerd to the Diva. Sadly, no Tommy Jarvis.

Orders are currently on-going. The game will set you back $30, which is surprisingly more expensive than the online game for PS4, X-Box One, et al. Below, you can watch a video tutorial on how to play; after all, these table top games can get tricky.

Whatever you do, be sure to invite the Halloweenies to game night. This year they’ve been quarantining at Camp Crystal Lake, where they’ve been slicing through one Friday the 13th flick after another. In August, they’re tackling Jason Lives.

More importantly, though, remember to practice social distancing while playing the game. COVID-19 is far deadlier than any ’80s slasher flick, and if you wanna be the real antagonist of the night, you might wanna wear one of our masks.