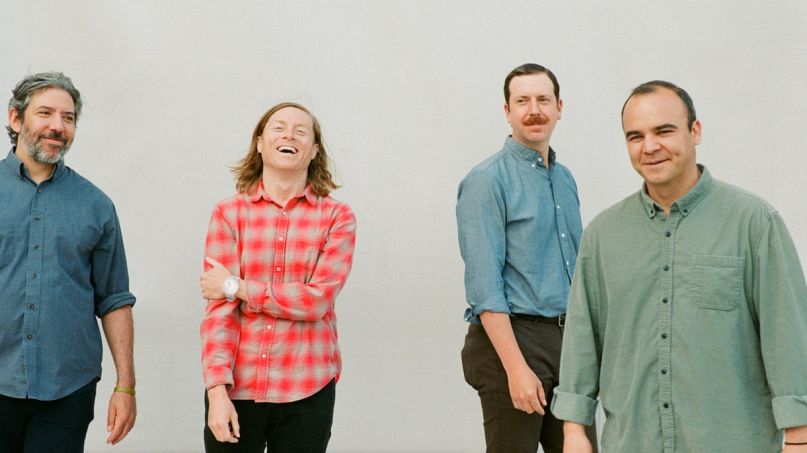 Synthpop heroes Future Islands are back with their first new song in three years. The track is called “For Sure” and it sees the Baltimore band teaming up with Jenn Wasner of Wye Oak, a pairing that sounds seamless in practice.

A press release states this is Future Island’s first new music since releasing their 2017 album The Far Field. Technically, though, the band released a standalone single called “Calliope” back in 2018 for Adult Swim’s Singles Series. Regardless, “For Sure” marks a welcome return for the band, especially because there could potentially be more new music on the way.

“For Sure” is a soaring number that feels like you’re being filled with hope — something we could certainly use a little more of this year. Armed with their usual blend of synthpop, nonstop drums, and big choral hooks, Future Islands push their moody music to new heights here thanks to Wasner’s soft harmonies. Not to get overexcited, but this could easily be their next breakout hit-turned-anthem.

In the music video, directed by Sam Mason, a damaged car can be seen racing down a scenic backroad full of flowering trees and ominous fog. Come the song’s chorus, the car bursts onto a barren wasteland, cruising down a highway while a similarly beaten-up car tries to pass it. Flamingos pluck at trash, a bull stands in a pool of murky water by an empty house, and a deer can be seen trying to race the vehicles. That’s when we finally get a glimpse of the driver behind all of this: a mysterious, glowing, red light. Watch it below.