Phil Collins, Tony Banks, and Mike Rutherford set to play their first concerts together in 14 years 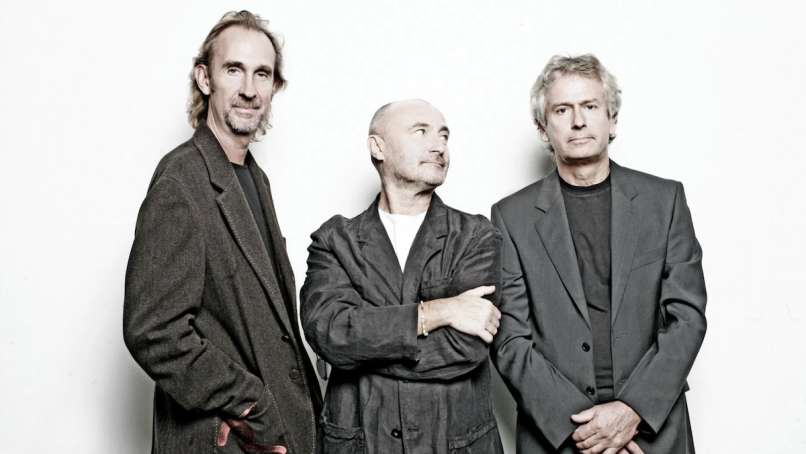 Genesis have rescheduled their reunion tour for 2021.

Originally expected to take place in the United Kingdom and Ireland this fall, “The Last Domino? Tour” was postponed due to the ongoing health crisis. Now,  Phil Collins, Tony Banks, and Mike Rutherford are set to play their first shows together in 14 years in April of next year.

The trek launches on the 1st in Glasgow, with further multi-night stands taking place in Birmingham, New Castle, Manchester, Dublin, Leeds, Liverpool, and London. All previously announced dates are included in the rescheduled run, while a pair of new shows in Birmingham and London have also been added.

With Collins unable to drum due to nerve damage he suffered during Genesis last tour in 2007, his son, Nicholas, will fill in behind the kit. Long-time guitarist/bassist Daryl Stuermer will also join them on stage.

That said, former Genesis members Peter Gabriel and Steve Hackett won’t be part of the reunion. “Peter left the band 45 years ago and he’s been trying to live it down ever since,” Banks joked to the BBC when the tour was first announced. “When they put his birthday in The Times, they always say, ‘Peter Gabriel – Genesis singer.’ And I think, ‘What’s the guy been doing since then, for God’s sake?’”

Previously purchased tickets will be honored at all the new dates. Grab your passes here, or via Ticketmaster. Find Genesis’ full itinerary ahead.

To tide fans over during the pandemic, Genesis held an online film festival that featured a new concert film every week for a month. Released from mid-April through mid-May, the videos included “The Mama Tour” and “Live at Wembley Stadium”.

Previous Story
Curren$y and Harry Fraud Reconnect On New Collaborative Project The OutRunners: Stream
Next Story
Billy Hardison and The Head and the Heart’s Tyler Williams on How to Save Live Music for the Future
Popular
More Stories
[fu-upload-form form_layout="media" title="Submit Your Photo"][input type="hidden" name="ugc" value="1"][/fu-upload-form]