Glassio Shares the Origins of New Single “One of These Days”: Stream 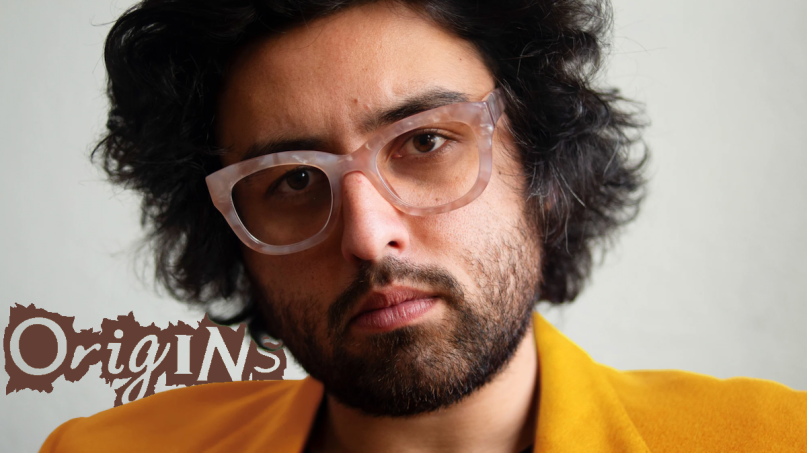 In our new music feature Origins, we give artists an opportunity to bring listeners closer to the influences behind their latest single. Today, Glassio shares the story behind “One of These Days”.

With all that’s going on out there in the world, it seems a lot of nastiness is coming to the forefront. In reality, it’s always been there, it’s just something about the current socio-political atmosphere has pushed it even further out of the shadows. As an Irish-Iranian who immigrated to the US in the thick of post-9/11 unrest, Glassio’s Sam R. knows too well what this rash of hate feels like. But instead of wallowing in the unpleasantness of other people, he’s issuing encouragement to dance through it all on his latest single, “One of These Days”.

“I wanted to write a song that could help people who have felt bullied or silenced,” Glassio said of the track in a press statement. “Something that could serve as a hopeful, dance-y and optimistic song about feeling accepted whilst getting their message across. Like most of us, I’ve had the misfortune of knowing some pretty awful people in my life. This song is about all of them and me wanting to break away and fully accept myself for who I am.”

Indeed, “One of These Days” feels groovingly optimistic, swaying with digital claps and pulsing synths. “I’ve got dreams to keep me moving/ And I’ve got eyes that made you feel like I was through,” Sam R. sings on the opening lines. “And everybody knows I’m blooming.”

“One of These Days” is the latest single off Glassio’s debut album, For the Very Last Time, due out July 23rd. Stream the song below, followed by Sam R.’s complete Origins of the track.

I had images of oranges pulled up while I was working on the song and ate oranges while producing the song in my bedroom studio. I wanted the song to sound like the feeling you get when you bite into a juicy orange on a hot summer’s day. Plus, I feel like a lot of the synths sound orange-y and I was trying to nail down that texture — particularly the synth + snare in the beginning of the track.

Anyone who knows me well knows about my obsession with Stephin Merritt and The Magnetic Fields. For some reason, I had the image of him performing this song in my head while I was writing it. I was imagining it being played by him and the rest of his band — Sam Davol on cello and Claudia Gonson on piano. Of course, the end product sounds nothing like them in my mind, but nonetheless it was a constant image in my head while working on the song.

I switched schools a lot growing up and was bullied pretty consistently at one of them in Middle School. I had just moved to the states from the Middle East and it was the post-9/11 era in the US and there were definitely names thrown around often. You grow up thinking about these people from your childhood, then they add you on Facebook or follow you on Instagram 15 years when they’re “all grown up and kind” posing with their dog and partner in front of Yosemite, quoting a mundane song lyric in the caption. Part of you just wants to tell everyone about them/call them out. That was one of the inspirations for the main lyric.

I had a falling out with a friend that I used to consider a brother to me. I knew this person for almost most of my life and it was really hard to deal with. I just began writing more than I ever had before, it felt like my chest was bursting. It influenced the whole album. There have been people in my life I’ve had to say goodbye to, in order to look out for my personal well-being. This song, and many of the others on the album, reflect that need to depart. I know everyone can relate to that. Everybody has their story.

The synth solo from “All I Want” by LCD Soundsystem:

I’ve listened to this solo over and over throughout my life. It is so chaotic and beautiful – I really wanted the synths at the end of “One of These Days” to feel the same and almost intentionally allude to “All I Want.” I’ve always been inspired by James Murphy’s references to other songs in his music — he does just that in “All I Want” by imitating the guitars in “Heroes” by David Bowie. It seemed like a fun game of telephone to reference his synth solo.