The vinyl edition, due September 25th, adds "Shadow of Your Love" to the original 2004 tracklist 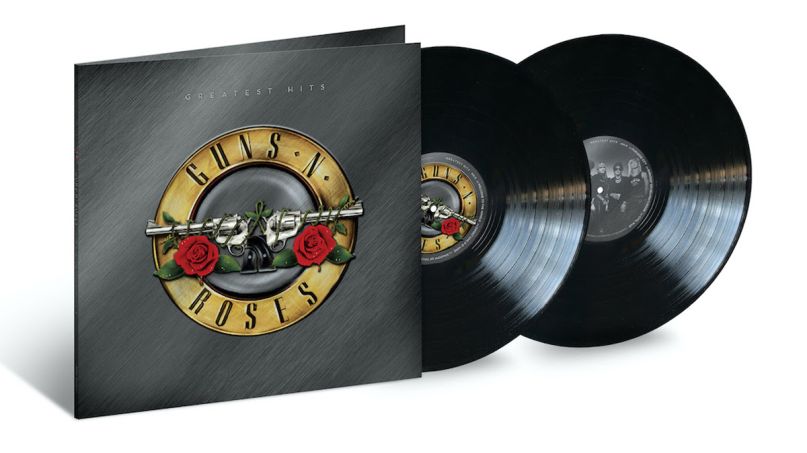 For many budding rockers in the early aughts (this writer included), Greatest Hits served as the entry point into Guns N’ Roses’ legendary discography. The tracklist spanned the band’s career at the time, and hit all the major checkpoints: the obligatory Appetite for Destruction mega-hits (“Welcome to the Jungle”, “Paradise City”, “Sweet Child ‘O Mine”), the best songs from Use Your Illusion I and II, the Lies ballad “Patience”, and even soundtrack contributions (the cover of the Rolling Stones’ “Sympathy for the Devil” from Interview with a Vampire).

Making the vinyl version particularly collectible is the inclusion of “Shadow of Your Love” — originally recorded in late 1986 and initially released in the Appetite for Destruction box set in 2018. The song rocketed to No. 5 on Billboard’s Mainstream Rock chart after sitting on the shelf for over 30 years.

Instead of the traditional Side A, Side B, etc., the Greatest Hits vinyl release slyly dubs the collection’s four sides G, N, F’N, R. Not included on the vinyl is any song from Chinese Democracy, which was released four years after the initial hits collection.

Pre-order Greatest Hits on vinyl via Amazon. Check out the images of the splatter edition (a Walmart exclusive) and picture discs below, followed by the tracklist.

In other news, Guns N’ Roses recently announced the rescheduled dates for their North American tour, following its postponed due to the COVID-19 pandemic. The outing will now take place in summer 2021.