She initially said she was considering the role because, "I want to experience that world" 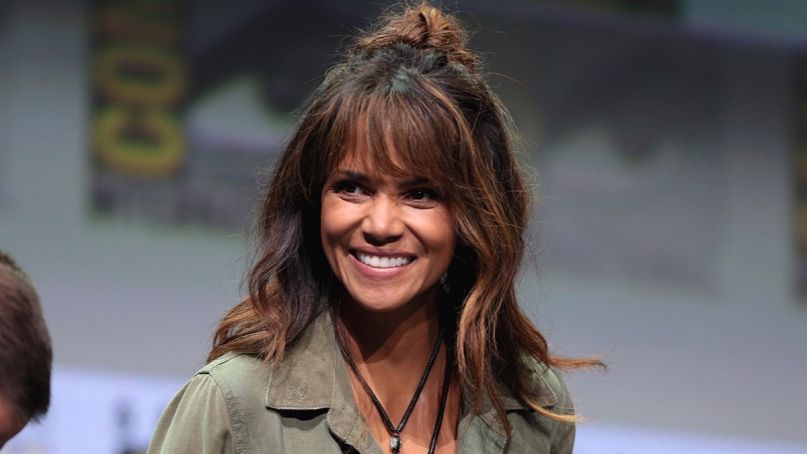 Update: Halle Berry now says she is passing on the role. In a statement posted to Twitter, she wrote, “As a cisgender woman, I now understand that I should not have considered this role, and that the transgender community should undeniably have the opportunity to tell their own stories.”

“I am grateful for the guidance and critical conversation over the past few days and will continue to listen, educate and learn from this mistake,” she added. “I vow to be an ally in using my voice to promote better representation on-screen, both in front of and behind the camera.

Over the past few weeks, the entertainment industry has seen actors step down from voice acting roles because they don’t align with their character’s race — the point being that there are nuances and complexities that are being overlooked. Is the same true for cis, straight actors who portray queer roles? Halle Berry may have to answer that question soon, apparently, because she appears set to portray a trans character in her next film.

“I’m thinking of [playing] a character where the woman is a trans character, so she’s a woman that transitioned into a man,” Berry revealed during an Instagram Live Story with hairstylist Christian Brown. “She’s a character in a project I love that I might be doing,” added Berry. “I want to experience that world, understand that world… Who this woman was is so interesting to me, and that will probably be my next project, and that will require me cutting all of my hair off.”

Berry hasn’t revealed the name of the film, when it’s coming out, or even what the plot is about. Based on her Instagram Live video, though, it sounds like she really wants to move forward with it if only to “study” what it’s like to be trans — a sentiment that may have good intentions but is horribly insensitive. Adding insult to injury, the Oscar-winning actress repeatedly misgenders the trans man character throughout her IG video.

“That’s what I want to experience and understand and study and explore,” continued Berry. “It’s really important to me to tell stories, and that’s a woman, that’s a female story — it changes to a man, but I want to understand the why and how of that. I want to get into it.”

Barely two years ago, Scarlett Johansson was cast as a transgender man in Rupert Sanders’ Rub and Tug, but dropped out after she received backlash. Instead of casting a trans actor in the role, the film was scrapped altogether. Here’s hoping Berry uses her platform to give the role to someone who already understands the specifics of transitioning instead of keeping it for herself.

Still trying to understand why Halle Berry would be interested in playing the role of a transgender man. Sigh! pic.twitter.com/S7W2y8SMfd