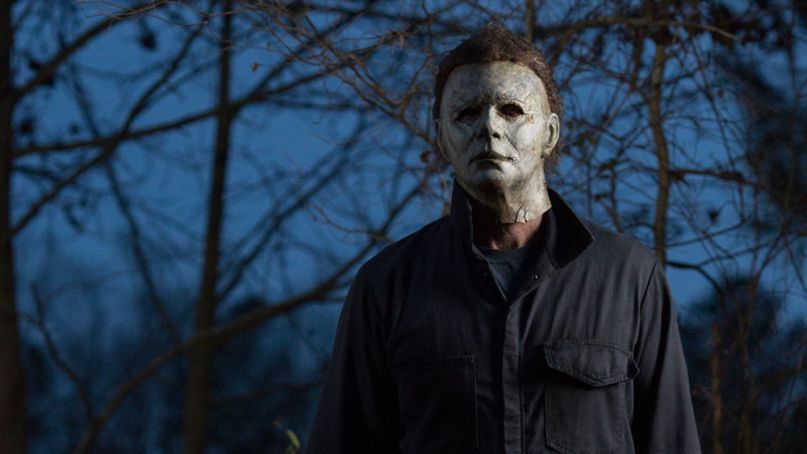 Even Michael Myers isn’t immune to COVID-19. In a statement shared on Twitter, Halloween creator John Carpenter and director/writer David Gordon Green have confirmed that the upcoming sequel, Halloween Kills, has been pushed back a whole year from October 2020 to October 2021.

“If we release [Halloween Kills] in October this year as planned,” they wrote, “we have to face the reality that the film would be consumed in a compromised theatrical experience. After weighing our options, we have chosen to push the film’s theatrical release by one year.”

It’s a shame, but there’s a sweet treat to this sour trick. They’ve gone ahead and shared the first teaser trailer of the film. It’s only 30 seconds, but picks up right where 2018’s Halloween left off. Needless to say, the Shape is back, and the Strodes are pissed. Watch below.

That’s not all: Carpenter and Green also confirmed that Universal has committed to an IMAX release of the film for next year: “We are sound mixing with one of the greatest design teams that can slash, scream, and creep their way under your skin.”

Of course, with Halloween Kills now taking the October 15th, 2021 slot, the follow-up sequel, Halloween Ends, will also get pushed back for an October 14th, 2022 release date. Fortunately, fans have well over a dozen films to revisit, and god knows we’ll probably get another re-release of the original come October for drive-ins across America.

Consult the full statement below and do yourself a favor and subscribe to Halloweenies, our horror franchise podcast. In 2018, they covered the entire pretzeled series, and even spoke to the Master of Horror himself. Twice, in fact.

I know you all have been looking forward to an update on the status of "Halloween Kills". Here it is: pic.twitter.com/EWivyipYgR