Vanity has been accused of sexual assault against multiple underage girls 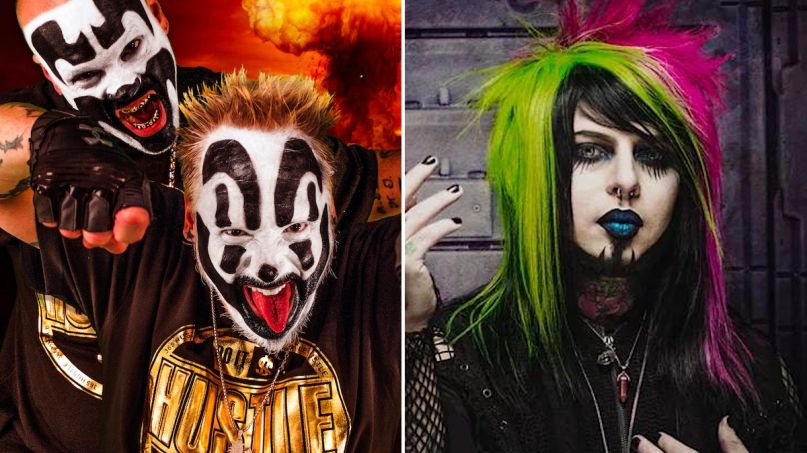 Insane Clown Posse are calling on their Juggalo followers to “inflict a necessary beat down” on Blood on the Dance Floor’s Dahvie Vanity, who has been accused of sexual assaulting multiple underage girls.

Violent J, one-half of the hip-hop/horrorcore duo ICP, took to the band’s Instagram page to call out Vanity, dubbing him a “free-roaming, unconvicted, f**kin’ PEDOPHILE!”

Vanity (real name Jesus Torres), who fronted the electro-pop scene group Blood on the Dance Floor from 2006 to 2019, was profiled last year in an investigative Huffington Post article that reported accusations of sexual assault and rape by at least 21 women. Many of the women were underage at the time of their alleged assault, with at least one as young as 14.

Even Chris Hansen, the former host of To Catch a Predator, launched an investigation into Vanity, interviewing alleged victims and former associates of the Blood on the Dance Floor singer on his “Have a Seat with Chris Hansen” YouTube series.

Vanity has yet to be convicted of any crimes, and that isn’t sitting well with ICP’s Violent J. His full message to Juggalos reads as follows:

For some lame ass reason, he calls himself Dahvie Vanity… pronounced ‘Sick F**k’. But his real name is ‘Jesus Torres’. Former vocalist of some bullshit band called Blood On The Dance Floor! Active, free-roaming, unconvicted, f**kin’ PEDOPHILE! Out here, free-roaming! PEDOPHILING! Look him up now!

If you spot this free-roaming beast out in public somewhere… you know what to do. Pick up a heavy object and inflict necessary beat down!!! Just make sure it’s the correct guy first and not some other totally innocent, peacock wig-wearing f**kin’ fool!”

Last month, Insane Clown Posse took a stand against Confederate flags, selling a t-shirt that reads, “F**k Your Rebel Flag”. The duo also canceled their annual Gathering of the Juggalos festival due to the COVID-19 pandemic, explaining, “We REFUSE to risk even ONE Juggalo life by hosting a Gathering during these troubling times.”