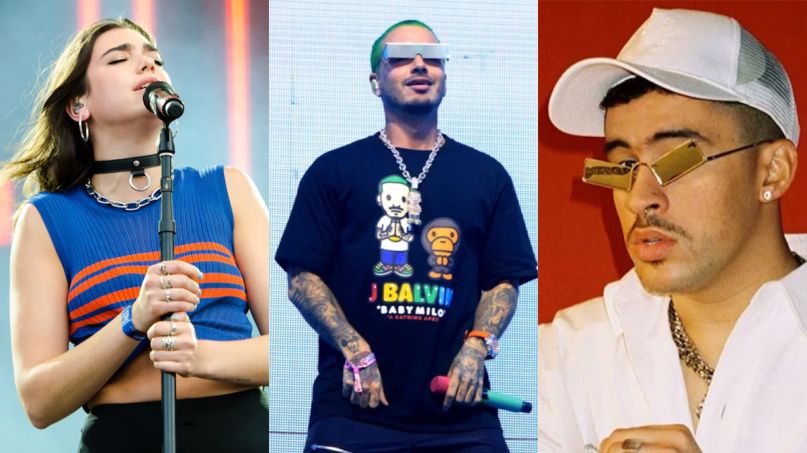 Tainy first laid the groundwork for the track over a year and a half ago, executive producing the cut with his NEON16 partner Lex Borrero. He called up Balvin to handle the vocals, who in turn reached out to Dua Lipa. Bad Bunny hopped on last, adding his own voice during the same 2019 session that birthed “Callaita” (via Billboard).

Trading Spanish and English vocals, the trio of singers wrestle with the frustrations of not seeing a good thing when it’s right in front of them. “One day you’ll realize I’m more than your lover/ I’m more than your lover, I’m your friend,” Dua Lipa sings on the hook, while the gents try to woo lost lovers with promises of trips to Marbella and Turks and Caicos.

“UN DÍA (ONE DAY)” comes equipped with a video from director STILLZ. Shot in black-and-white, the clip stars Spanish actress Ursula Corbero (Netflix’s Money Heist). Apparently filmed during lockdown, Corbero reportedly captured all the footage herself without any production assistance. Watch the video below.

Balvin, Bad Bunny, and Tainy are frequent collaborators, having last hooked up on their 2019 album OASIS. Tainy also produced Bad Bunny’s record smashing YHLQMDLG, one of our favorite LPs of the year so far. Balvin, meanwhile, re-teamed with his longtime compatriot Sky for his latest full-length, March’s Colores.