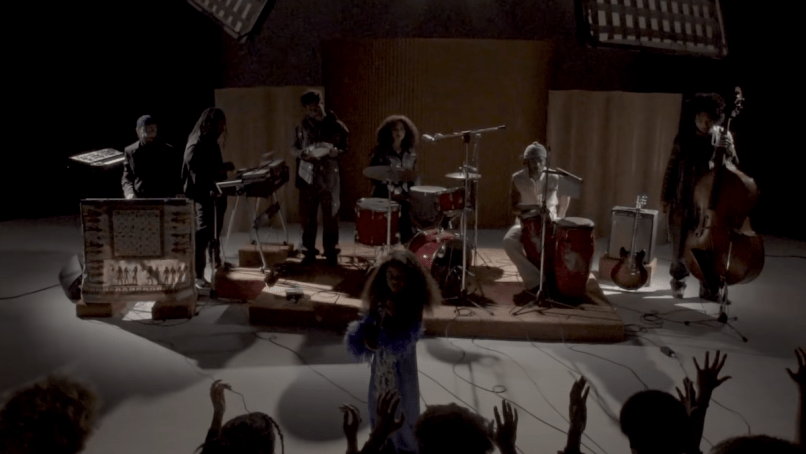 Standing on the Corner

Experimental jazz collective Standing on the Corner have shared a video for their new song “G-E-T-O-U-T!! The Ghetto”.

Described in a press release as “a special shape shifting message of concern,” the video also features poetry from director Carlos de Jesus. Watch below.

Standing on the Corner will release a 12-inch vinyl single version of “G-E-T-O-U-T!! The Ghetto” to benefit Therapy for Black Girls and Ancient Song Doula Services. The donations will be made “in the name of Little Anna in hopes to leave behind a better world for Her and all Black women than the burning one we’ve inherited,” as the band states in a press release. Pre-orders are available now.

In recent months, Standing on the Corner have collaborated with an array of artists, including Solange and Earl Sweatshirt, among others.