Let's just say, Steven Spielberg was certainly a fan of it... 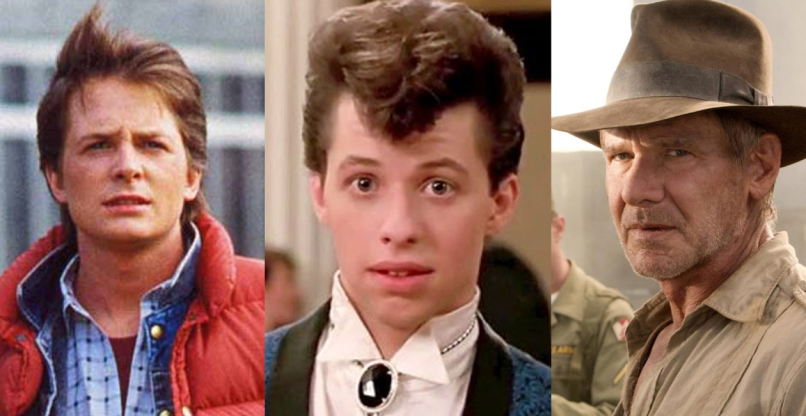 Back to the Future, Pretty in Pink, Indiana Jones and the Kingdom of the Crystal Skull

Back to the Future turns 35 this year. To celebrate, Amblin Entertainment is releasing a new box set sporting a 4K restoration with a number of goodies and pinball machine parts. One of the big sells to the set, however, is never-before-seen footage featuring the likes of Ben Stiller and Jon Cryer auditioning to play Marty McFly. Yeah, this is definitely heavy stuff.

So heavy that news of the footage has since caught the attention of Stiller and Cryer. Stiller humbly admitted that Michael J. Fox was “never in jeopardy”, ultimately contending that he “blocked out this memory.” However, Cryer’s reaction was a little different; in fact, he hit 88 miles per hour on his own memory banks, detailing an earlier version of the script.

“He certainly was in no jeopardy from me either (you’ll see),” Cryer similarly admitted to Stiller, adding, “But the #BackToTheFuture script that I read before my audition was VERY DIFFERENT than what ended up on screen.” How different? Well, he went on to describe a number of differences, particularly the ending, which should ring some clock tower bells.

Here’s what he detailed:

“The final sequence didn’t involve a clock tower or a lightning bolt, but instead finds Marty sneaking onto a atom bomb test site with his time machine to be near the nuclear fission that he needs for it to work. In an eerie scene he finds.. The test site is complete with exquisitely detailed suburban houses and mannequins to simulate the effects of an atomic explosion on an American town.

He gets the time machine in place, the atom bomb is about to go off, he’s reaching for the Coca-Cola, the countdown is at 10, 9, 8… when he slips and drops the bottle!! It shatters on the ground He’s all out of Coke! He panics (understandably) but then remembers: he’s in the 1950’s and any self respecting American suburban home has a bottle of Coke in…

The refrigerator! He checks and sure enough, there’s one in there. He pours it in the time machine but then realizes… Oh crap! He has to figure out how to survive an atomic explosion! Again, he panics. But then it dawns on him, there’s a lead-lined box nearby, otherwise known as…

A refrigerator. He climbs in, closes the door behind him, the bomb goes off, the time machine activates, and he’s simultaneously shot #BackToTheFuture“

Don’t say another word because Cryer is already thinking fourth-dimensionally as he added: “Does this sequence sound familiar to anyone? I can hear you all collectively screaming, ‘Yes, yes, Jon!! It does! Clearly Spielberg loved the scene and repurposed it decades later for a much-maligned scene in INDIANA JONES AND THE KINGDOM OF THE CRYSTAL SKULL!!'”

Much-maligned is right. Today, you can’t go five minutes into a discussion about Indiana Jones without sighing and saying, “But the atomic bomb…” It’s one of the more ludicrous moments in blockbuster history — a poisonous snakebite on an iconic franchise — that Doc and Marty was fortunately spared of by screenwriter Bob Gale.

Revisit the scene in question below, and read Cryer’s full Twitter thread shortly after. If you’re looking for more popcorn magic, consult our 100 Greatest Summer Blockbusters of All Time. Rest assured, both franchises are well represented within.

But the #BackToTheFuture script that I read before my audition was VERY DIFFERENT than what ended up on screen.

Editor’s Note: All merch on the Consequence of Sound store, including our Beverly Hills Plaid face mask, is BOGO 50% off through July 31st. Proceeds benefit our independent publication, as well as MusiCares’ COVID-19 relief fund.