Jon Hamm to Star in and Produce Fletch Reboot 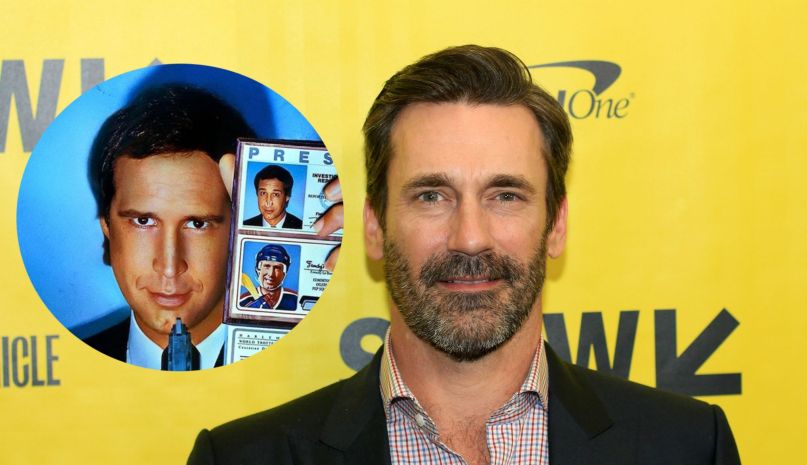 Crank up the Harold Faltermeyer and dust off that Lakers jersey because I.M. Fletcher is back. According to The Hollywood Reporter, Jon Hamm has signed on to star and produce a reboot of the Fletch series for Miramax.

It gets better: Superbad and Adventureland director Greg Mottola has been confirmed to direct off a screenplay written by Zev Borow. Borow served as a story editor and writer for NBC’s Chuck, which is right in the Fletch wheelhouse.

Based on the novels by Gregory Mcdonald, the series follow the titular investigative reporter who stumbles into the most unorthodox mysteries. Chevy Chase brought the series to fame with 1985’s Fletch and 1989’s Fletch Lives.

“Fletch’s duration over audiences — whether told on paper or the big screen — entertains all and we could not be more thrilled to see what twenty-first century twist these artists create,” Miramax CEO Bill Block said in a statement.

A prequel based on Mcdonald’s Fletch Won has been in development hell for well over two decades, with Kevin Smith at one point attached. Now, it appears the franchise will finally get its due return with the reboot reportedly based on Mcdonald’s second book in the series, Confess, Fletch.

Here’s the synopsis of that novel:

“Fletch, now newly engaged and happily living out his days in Italy, finds himself embroiled in yet another scandal. His soon-to-be father-in-law has been kidnapped and is now presumed dead, and the priceless collection of rare art that belongs to his fiancée’s family has been stolen.

Ever the investigative reporter, he receives a tip about the missing art that lands him in Boston, where he walks right into a murder scene in his apartment. What clearly looks like a setup to the unfazed Fletch looks quite different to the detective assigned to the case, Mr. Francis Xavier Flynn. But even if the case is seemingly cut-and-dry, Flynn is reluctant to arrest the only suspect that stands before him.

Now under the detective’s watchful eye, Fletch must try to clear his name and search for the missing paintings, all while his gorgeous future mother-in-law works to persuade him for help the best way she knows how — seduction.”

Whether or not this new series will be at all linked to Chase’s incarnation remains to be seen. In the meantime, grab the novel for some light summer reading and revisit the original film’s trailer below.