Josh Homme on Possible Kyuss Reunion: “The Only Real Way to End It Correctly Now Would Be to Play”

"I have thought about this, especially in the last few years, to do something special" 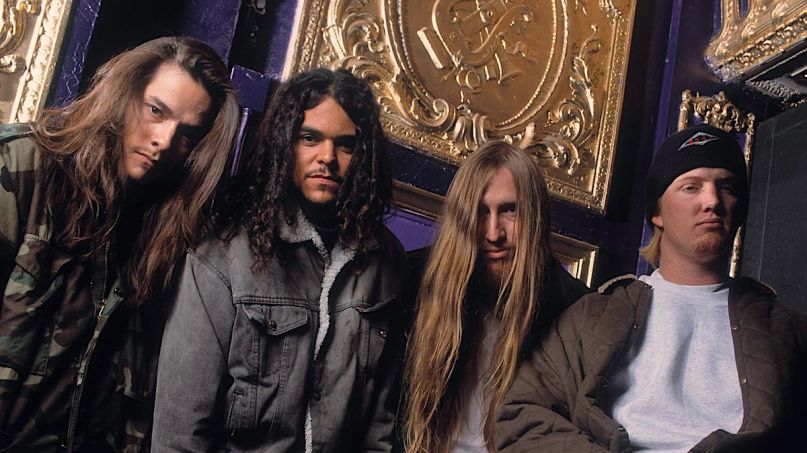 Josh Homme is proud of his influential early ’90s stoner rock band Kyuss, but is sad about the ugly way things ended with his former bandmates. When asked about the possibility of a reunion in a new interview, the Queens of the Stone Age frontman surprisingly said he would consider playing Kyuss shows again in order to rewrite the band’s final chapter.

Kyuss formed in the late ’80s in California as teenagers under the name Katzenjammer, changing their name to Sons of Kyuss, and eventually Kyuss. Homme (guitars), John Garcia (lead vocals), and Brant Bjork (drums) were the mainstays of the band, with Chris Cockrell, future QOTSA member Nick Oliveri, and Scott Reeder serving as the band’s different bassists over the years.

From 1991 to 1995, Kyuss released four albums, with Alfredo Hernández replacing Bjork for the band’s final LP, 1995’s …And the Circus Leaves Town. The group would break up shortly after the release of that album.

In a new interview with the Kyuss World Radio podcast to mark this month’s 25th anniversary of …And the Circus Leaves Town, Homme opened up about the nasty legal dispute that ensued when Garcia, Bjork, and Oliveri reunited in 2011 as Kyuss Lives!. While Homme initially supported his ex-bandmates’ decision to tour again under that moniker, he and Reeder eventually sued Garcia and Bjork for “trademark infringement” when the latter pair wanted to record an album as Kyuss Lives!

When asked about a potential reunion, Homme got into a deep discussion about the legal dispute but didn’t rule out the possibility of playing Kyuss shows again.

“My philosophy has always been, never do a reunion, never do a sequel,” he told the podcast (as transcribed by Blabbermouth). “It’s not what it was; it’s what it is. And that’s kind of how I’ve felt. A legacy that involves having been at the epicenter of a scene that got created, it’s so fragile; it’s like an ice sculpture. And I don’t wanna be a blow dryer on that thing.”

Homme continued, “That being said, I was in full support of Kyuss Lives! and I would go to the shows and I told them as much, until what Brant and, unfortunately, what John tried to do. And that was terrible … All you have to do is show each other respect and say, ‘Hey, we wanna do this, and we wanna talk about it.’ Once Scott Reeder told me they were wanting to put out an album, I said, ‘Let’s sit down and talk.'”

He added, “And the name they chose was a little unfortunate, ’cause it’s actually literally saying Kyuss is alive again, which wasn’t my favorite thing, but I was, like, ‘Who cares?’ But unbeknownst to me and Scott during that meeting, they’d already applied for a trademark to steal the name away.”

Garcia and Bjork had to drop the Kyuss Lives! name under judge’s order, instead touring and recording as Vista Chino. That outfit lasted a couple years, with their lone album, Peace, released in 2013.

In the interview, Homme went into much further detail on the legal matter, but eventually got back around to talking about a possible reunion. That’s when he surprisingly said he’d be open to the idea of playing Kyuss shows again.

“To be honest with you, and to answer your question, there have been times I thought it cannot end that way, and the only real way to end it correctly now would be to play,” he explained. “And because they sort of perverted the punctuation and they knocked the wing off this beautiful dragon that’s an ice sculpture, and the only way to put the motherf**king wing back on would be to [play again].”

Homme concluded, “I have thought about this, especially in the last few years, to do something special, and even to make up for that mistake of Brant and, unfortunately, John, to make up for it. [I thought we should] play and give all the money away. Like, play for the fans — cover your costs and make it five bucks. Figure out a way to be, like, this is how the punctuation will end the sentence of this band. Because it was never about money — it never was about money. It never was about fame, and when it felt like that was the move they were making, I was so sad.”