David Lowery co-wrote the script and is directing the film 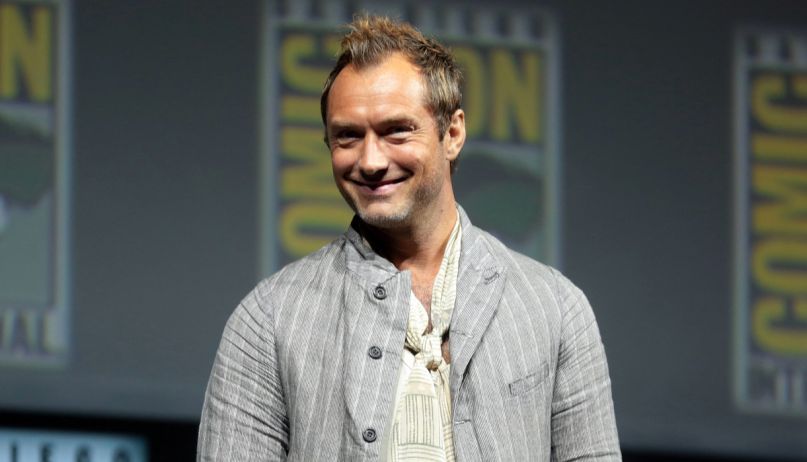 17 years after famously losing out on the role of Pirates of the Caribbean’s Will Turner to Orlando Bloom, Jude Law is finally getting a chance to sail the seven seas. According to The Hollywood Reporter, the actor is in talks to play the infamous Captain Hook in Disney’s live-action Peter Pan & Wendy.

The latest in Disney’s maddeningly successful series of remakes of classic cartoons, Peter Pan & Wendy updates the 1953 animated feature. David Lowery, who also helmed the studio’s supremely under-appreciated Pete’s Dragon in 2016, is directing from a script he co-wrote with his frequent partner Toby Halbrooks. The pair also shared writing credits on Pete’s Dragon, while Halbrooks produced Lowery’s The Old Man & the Gun and the coronavirus-delayed The Green Knight.

Of course, this is far from the first live-action take on Peter Pan. Dustin Hoffman played the title character in Steven Spielberg’s maligned-yet-beloved 1991 film Hook, and Jason Isaacs took on the role for 2003’s Peter Pan. Pan, which starred Hugh Jackman as an over-the-top Blackbeard and Garrett Hedlund as a nascent Hook, was largely panned in 2015.

Peter Pan & Wendy looks to be aiming for a theatrical release instead of a Disney+ debut. It follows a line of successful live-action adaptations from Disney, including last year’s $1 billion-earners Aladdin and The Lion King. Both films — along with the rest of the cation-to-live-action movies — are currently streaming on Disney+, which you can sign up for now. If you already have the streamer or want even more options, you can add Hulu and ESPN+ for just $6 more a month.