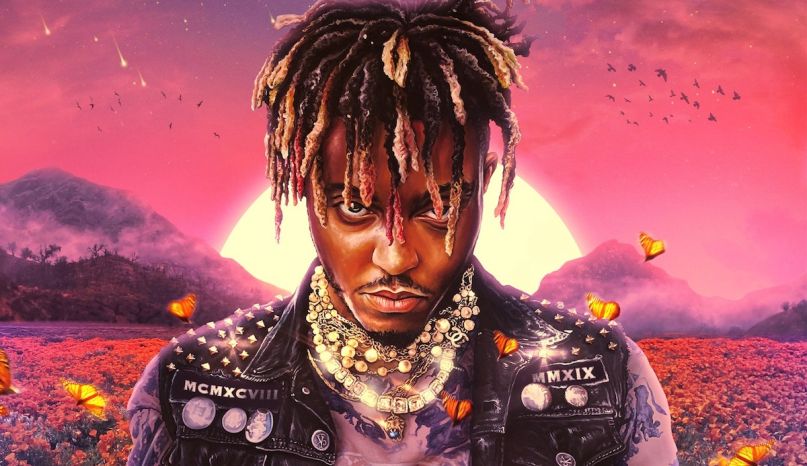 The first posthumous album from Juice WRLD has been announced, and its due date is literally just days away. Fittingly titled Legends Never Die, the effort arrives later this week on July 10th.

This new collection marks the third album overall from Juice WRLD, following Goodbye & Good Riddance from 2018 and 2019’s Death Race for Love, which hit shelves just a few months prior to his passing in December. A tracklist hasn’t been revealed, but previous teasers “Righteous” and the Trippie Redd-assisted “Tell Me U Luv Me” are expected to appear on the album.

As a third preview, a single dubbed “Life’s a Mess” is now being shared by the late rapper’s estate. A collaboration with pop singer Halsey, it sees Juice WRLD detailing the ups and downs of life, especially his arduous search for love. “I belong with the one put on this earth for me/ Everybody has their someone, just gotta look and see/ I’m screaming out, ‘Lord, help me, I’ve been lonely,'” the Chicago MC rap-sings during the pre-chorus.

Stream “Life’s a Mess” via a video helmed by Chad Ross below, followed by an album trailer.

Juice WRLD died late last year from an accidental overdose. In recent months, his rhymes have been posthumously featured on tracks from G Herbo (“PTSD”), Eminem (“Godzilla”), and Polo G (“Flex”). To coincide with these various releases, the rapper’s mother, Carmela Wallace, has established the Live Free 999 Fund, which provides access to education, prevention, and treatment options for opioid addiction and other forms of drug abuse.