July Album Anniversaries Every Music Fan Should Know About 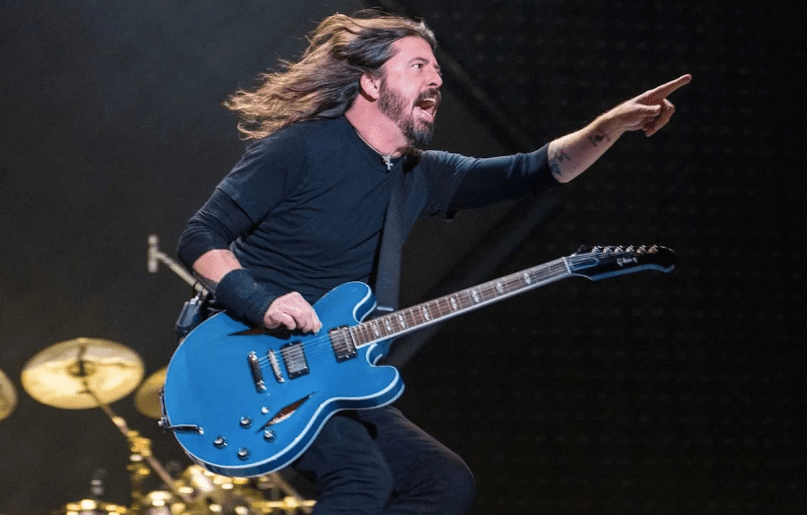 As we enter July and leave the first half of 2020, we’re more than happy to look forward. Hopefully, that means returning to some level of normalcy (masks on, peeps), continuing to push for racial justice across society, and, of course, new music. As always, though, to know where we’re headed, we’re keeping one eye and both ears to our past. And there are plenty of groundbreaking records celebrating major anniversaries this month.

Read on for a rundown of the albums we’ll be revisiting all month long and information on some of the pieces we’ll be featuring in correlation with these must-know anniversaries.

As we’ll see again on this list, from great loss often comes life-changing art. In the case of Dave Grohl, a little, one-man project designed to help him come down from the dizzying heights of Nirvana fame and the devastation of losing bandmate and friend Kurt Cobain earlier that year ended up becoming a record and, ultimately, a band that would take him on a 25-year journey that continues to this day. Having turned down offers from Danzig and Tom Petty to drum for them, Grohl stepped out from behind his kit to record a mix of old and new songs in just a calendar week. It’s a cathartic record (some argue Grohl’s best) that in many ways winks at Foo Fighters songs to come, but, more importantly, helped Grohl begin finding his emotional footing again and convinced him that making music was where he belonged.

It’s already been a big week for Sufjan Stevens, who announced a brand-new album, The Ascension, due out in late September and a lead single called “America” fittingly set to arrive on Friday. And yet, no matter how many hot dogs, beers, and fireworks we enjoy this holiday weekend (socially distancing, of course), we’ll still be thinking back on arguably the soft-singing artist’s finest fare, Illinois. The second installment in what Stevens now admits was a joke to record an album about each of the 50 states, Illinois documents a giant leap in growth as a songwriter — like that summer you grew six inches and your mother couldn’t find pants that fit you properly — showcasing both the expanse of Stevens’ imagination and the depth of his sincerity to discover moving accounts in even the least likely places.

Coming Up: Writer Sam Mwakasisi will be revisiting the beloved Sufjan Stevens’ album this weekend.

Juno Macguff probably put it best when she proclaimed that “nothing compares to the raw power of Iggy and the Stooges.” Fun House, like a Velvet Underground record, didn’t get its just due in its day, but has gone on to inspire everyone from Joey Ramone and Nick Cave to Jack White and Steve Albini. After hating an initial recording of the songs, the band and producer Don Gallucci opted to record the group as though live, including having Iggy Pop sing into a handheld mic as he would on stage. The result is an album that captures the band’s live energy in a raw form that was alien to most recordings back then. Fun House remains the type of record that shifts one’s internal cargo after hearing it for the first time. If you haven’t yet … go … listen … do.

Coming Up: Tune in next week for Jordan Blum’s Crate Digging feature on 10 Proto-Punk Albums Every Music Fan Should Own.

The tale of Fleetwood Mac (the Reader’s Digest version, anyway) can be told in two parts. There’s the blues rock version of the band, which featured a revolving-door of guitarists and gradually transitioned into softer rock over several records, and then there’s the pop powerhouse the band became famous as once guitarist-singer Lindsey Buckingham and vocalist Stevie Nicks joined for the outfit’s self-titled 1975 record. It’s the landmark album that would give the band its first huge success in America and result in several fan favorites like “Rhiannon” and “Landslide”. The album began a string of records into the late ’80s, including Rumours, where the group, despite plenty of inner turmoil, could seemingly do no wrong musically.

Coming Up: Check back next week as we look at Five Must-Hear Covers of Fleetwood Mac’s “Landslide”.

May marked 40 years since the death of Ian Curtis. It’s always strange “celebrating” the work of someone who spent so much of his short life tormented and, of lesser import, barely scratched the surface of his abilities as an artist. However, in two short albums, Curtis and Joy Division (the survivors of which would create an entire second legacy as New Order) managed to tap into something multiple generations now have come to identify with. Curtis wouldn’t get to see the impact Closer came to have on millions, taking his own life two months before its release. The dark album, ironically, remains one of the brightest gems of the post-punk genre.

Coming Up: We’ll be re-sharing several Joy Division pieces later this month, including a recent interview with Peter Hook about Ian Curtis.

As if Blockbuster Month here at Consequence couldn’t get any more exciting, Cher, Di, Tai, and the rest of filmmaker Amy Heckerling‘s beloved cast of Beverly Hills youth will be celebrating 25 years of teenage trauma, drama, and rolling with the homies. Clueless remains one of the movies that defines the ’90s for an entire generation, and that includes a soundtrack that packed a bit of everything: Radiohead before they were really Radiohead, covers that hint at a killer record collection, and song and scene pairings that have become synonymous with each other. It’s a soundtrack we never return to only sporadically … As if!

Coming Up: Later this month, Samantha Lopez will remind us of the Clueless quotes and GIFs that have become a not-so-sporadic part of our own lexicon. Matt Melis will also be renewing his Page to Screen column for the film’s anniversary.

It had been a whirlwind year of devastating and epic proportions for AC/DC. After years of hard-fought recording and touring to conquer their native Australia and Europe, the band finally broke through in America in July of 1979 with demonic classic Highway to Hell. When it came time to capitalize on that success, the band found their world “shook” by the tragic death of lead singer Bon Scott the following February. Two months later, with new singer Brian Johnson in tow, AC/DC not only mended themselves as a band but pieced together an album that would change hard rock forever. From the funereal black of the album cover and opening dirge chimes of “Hells Bells” to the record’s closing coda (“rock ‘n’ roll will never die”), Back in Black blends the sound of a band in mourning with one on a mission.

Coming Up: We’ll be making a major announcement in the coming weeks, but expect unrivaled coverage of this hard-rock landmark across several mediums.