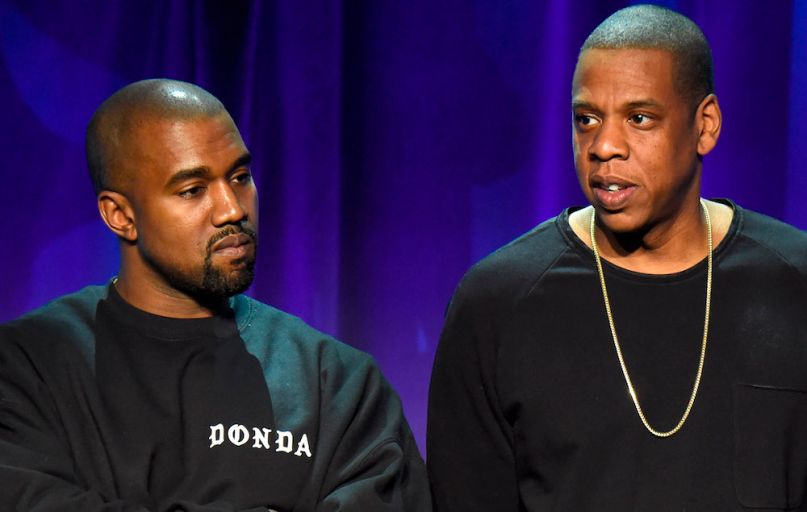 Kanye West is looking to shake up his fledgeling presidential campaign. Following a bizarre campaign rally in South Carolina on Sunday, Kanye wants to drop his initial pick for vice president in favor of his former collaborator, JAY-Z.

In a new interview with a blogger named Kris Kaylin (via TMZ), Kanye explained that he took South Carolina’s “S.C.” initials as a sign he should tap Sean Carter, a.k.a. JAY-Z to be his running mate. “I look at the codes, I look at the signs,” Kanye explained.

Kanye has already presented the idea to his initial choice for vice president, a Wyoming preacher named Michelle Tidball, and he said she “would be open to taking another position” if JAY-Z were to come aboard.

Of course, that’s a very unlikely if. Kanye admitted that he hasn’t spoken to JAY-Z in several years, following a very public falling out between the Watch the Throne collaborators. At one point, Kanye went as far to accuse JAY-Z of hiring a hitman in an attempt to silence him. Despite the bad blood, however, Kanye told Kaylin that he and JAY-Z remain “brothers.”

Elsewhere in his interview with Kaylin, Kanye laid out several of his policy positions and repeatedly referred to himself as a “genius.”

“Let me ask you a question: how sad is it that you guys have one of your favorite, most genius level, successful Black entrepreneurs running for office, and people allow Democratic Instagram culture to attack me?” Kanye remarked. “Why would you vote for Joe Biden over Kanye West? I can’t even ask that question, that question doesn’t even make sense.”

While Kanye is moving forward with his campaign, friends and family members close to the rapper are becoming increasingly concerned about his mental well-being. TMZ reports that yesterday’s rally “alarmed many of his friends and the Kardashians,” who believe Kanye “is in desperate need of professional help and in the middle of a serious bipolar episode.” However, Kanye has thus far resisted their calls to seek treatment.

Update: According to The Post and Courier, Kanye failed to submit any of the 10,000 signatures required to get on the South Carolina presidential ballot prior to today’s noon deadline.