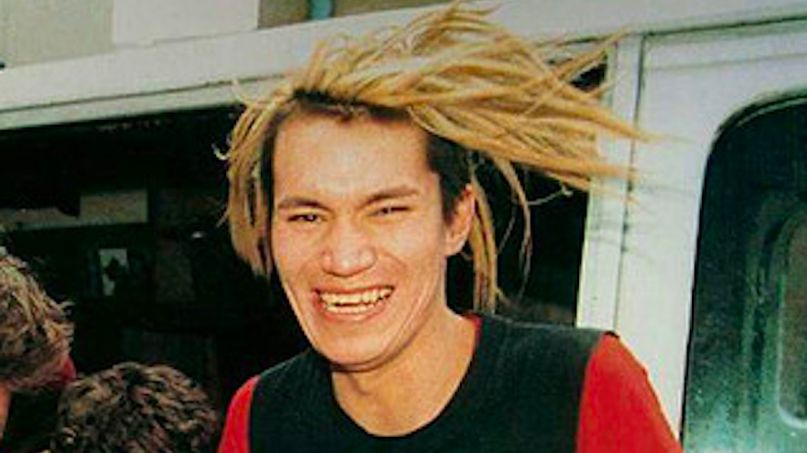 Ken Chinn (a.k.a. Mr. Chi Pig), the singer of influential Canadian hardcore-punk band SNFU, has died at the age of 57.

No cause of death has been disclosed, but the vocalist previously revealed in a December 2019 interview with Beatroute that he was in failing health and had a short time to live.


The origins of SNFU — short for Society’s No F**king Use — date back to 1981, when Chinn first formed the punk band Live Sex Shows in Edmonton with twin-brother guitarists Marc and Brent Belke. While that outfit would break up later that year, the three musicians re-formed as SNFU shortly thereafter, going through a series of drummers and bassists throughout the ’80s. From 1985 through 1988, they released three albums, beginning with their debut, …And No One Else Wanted to Play.

After breaking up again in 1989, Chinn relocated to Vancouver. SNFU would then re-form in 1991, inking a deal with Epitaph Records. They released three albums for the fledging punk label — Something Green and Leafy This Way Comes (1993), The One Voted Most Likely to Succeed (1995), and FYULABA (1996) — and would go on to release two more albums in the 21st century. SNFU’s most recent effort was 2013’s Never Trouble Trouble Until Trouble Troubles You, giving them a total of eight studio LPs throughout their career.

Chinn was the lone constant member of SNFU, who were active until 2018. He’ll be remembered as the dynamic and eccentric frontman for a band whose music was especially influential within the skate-punk genre. SNFU opened for such acts as Green Day and Bad Religion, and were even supported by bands like Tool and Korn when those acts were just starting out.

Bassist Dave Bacon, who played with SNFU in the ’80s and in its most recent lineup, confirmed the news of Chinn’s death via Facebook. “It breaks my heart to say this, but our beloved friend has left this mortal coil just a short while ago,” he wrote. “May he live in our hearts and memories forever.”

Ken Chinn’s life and career was documented in the 2010 film Open Your Mouth and Say … Mr. Chi Pig.

Watch SNFU performing “Painful Reminder” in Vancouver in 2011 along with a full 1994 show in Toronto below.

SNFU bassist Dave Bacon confirms that Ken Chinn, the frontman of the pioneering Edmonton/Vancouver skate punk band who performed as Chi Pig, has passed away. One of the coolest Canadians to ever do it. pic.twitter.com/RItJeS5Tx8