Luca Guadagnino Shares Trailer for HBO Series We Are Who We Are: Watch 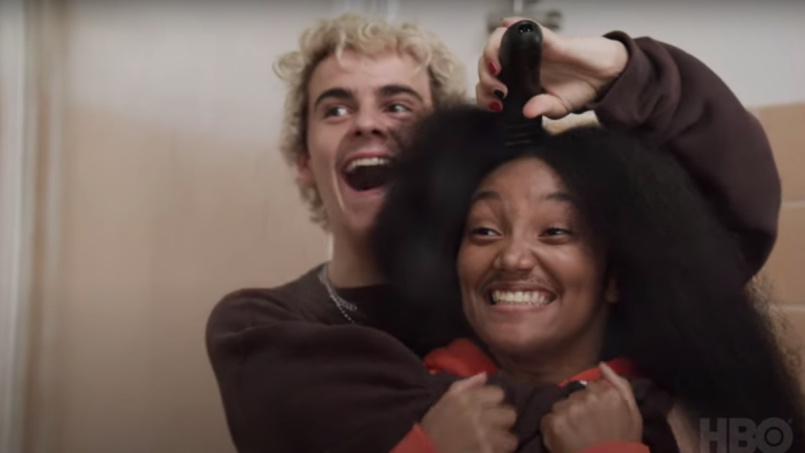 Luca Guadagnino, the acclaimed director behind Call Me By Your Name and Suspiria, returns with a new drama series called We Are Who We Are. It debuts on HBO on September 14th, and the first teaser trailer is out now.

The show was originally announced as a limited series, although a new press release doesn’t make mention of that, and seems to leave open the possibility for a Season 2. According to a statement, We Are Who We Are “explores friendship, first-love, identity, and immerses the audience in all the messy exhilaration and anguish of being a teenager.”

The story takes place on an American military base in Veneto, Italy. Things kick off when shy Fraser (IT’s Jack Dylan Grazer) moves to the base from New York with his two enlisted mothers, Sarah (Chloë Sevigny) and Maggie (Alice Braga). There he meets the seemingly-confident Caitlin (Jordan Kristine Seamón), and it is their burgeoning friendship — and quest for self-actualization — that provides the series with its forward thrust. Caitlin has lived on the base for several years with her father Richard (Kid Cudi), mother Jenny (Faith Alabi), and brother Danny (Spence Moore II). Rounding out the cast are Francesca Scorsese, Ben Taylor, Corey Knight, Tom Mercier, and Sebastiano Pigazzi.

The new teaser trailer features lush shots of picturesque Italy, as well as awkward moments as the two outcasts find each other. Conflicts with parents are foreshadowed, as are questions of identity, like when Fraser says, “Do we think that being male means knowing how to shoot guns and pee standing up?” Check out the visuals below.

Guadagnino has become one of the hottest directors in Hollywood, and he has recently been attached to a Lord of the Flies remake and a fresh take on Scarface from a Coen brothers script. Last year, he debuted the new short film The Staggering Girl.