Metallica Donate Another $295,000 to COVID-19 Relief Efforts Through Their Foundation 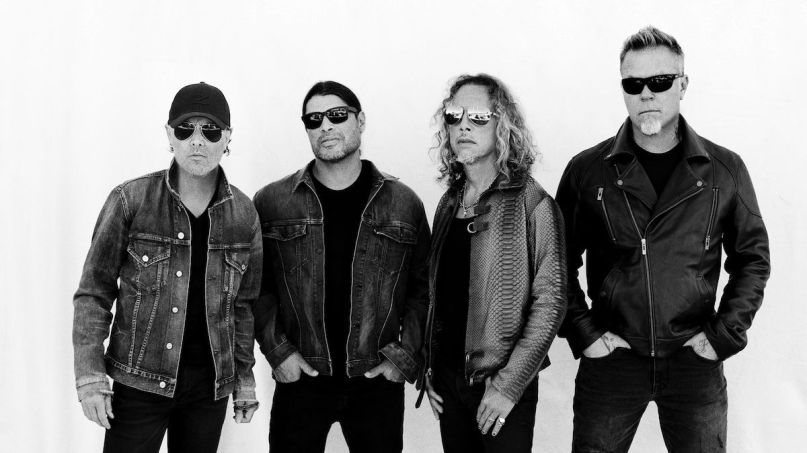 Following an initial donation of $350,000 back in April, Metallica have just pledged another $295,000 to COVID-19 relief efforts through their All Within My Hands Foundation.

In announcing the new donation, Metallica thanked fans for contributing to fund-raising efforts through the band’s #MetallicaMondays weekly concert streams, as well as the foundation’s “Month of Giving” campaign in May. The band also cited a “substantial donation” from the company Salesforce, whose founder Marc Benioff is good friends with the thrash legends.

On their official website, Metallica detailed how the money would be distributed:

“We are truly overwhelmed by the generosity of fans and friends around the world as many continue to face unimaginable challenges in the wake of the Coronavirus pandemic. Thanks to your support and kindness by contributing to our fundraisers during the #MetallicaMondays shows, our May Month of Giving, and visiting the All Within My Hands website, as well as a substantial donation from our friends at Salesforce, we’re excited to announce that AWMH will be providing a second round of new grants totaling $295,000 to five organizations doing essential work during this difficult time. In addition to continuing to support Feeding America, Direct Relief, Live Nation’s Crew Nation initiative, and the Bartender Emergency Assistance Program (BEAP) through the United States Bartenders’ Guild National Charity Foundation, we are proud to announce a fifth grantee as we partner with MusiCares in their efforts to assist music industry professionals affected by the pandemic.”

Metallica’s second donation to COVID-19 relief efforts comes as cases spike in many states across the country, including the band’s home state of California. Roughly 3 million people in the United States have been infected, with more than 130,000 deaths.

While in lockdown, Metallica have been working on a new album in a socially distant manner. The members have been sharing music via Zoom and email, with bassist Robert Trujillo recently saying he’s “excited” about the new material. The forthcoming LP will be the follow-up to 2016’s Hardwired … To Self-Destruct.