The show kicked off the "Sick of the Studio Tour", prior to the release of Death Magnetic 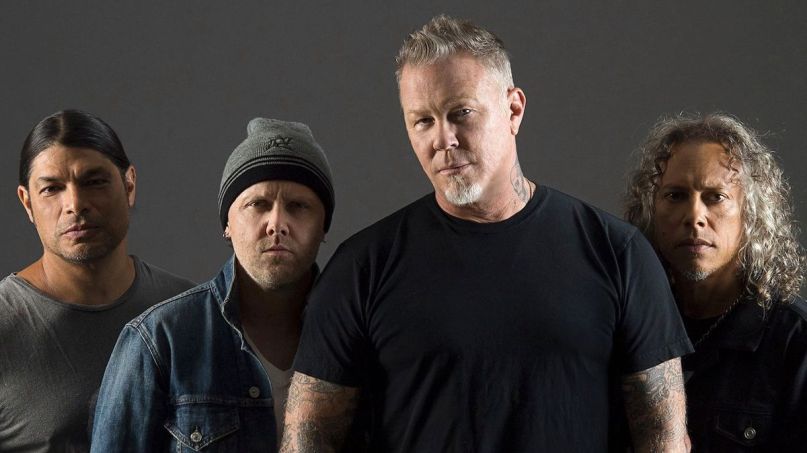 For the latest installment of #MetallicaMondays, the thrash legends are revisiting their Lisbon, Portugal show in 2007. The archival concert footage goes live this evening (July 6th) at 8:00 p.m. ET / 5:00 p.m. PT via Metallica’s YouTube channel below.

The show took place at Lisbon’s Super Bock Super Rock and kicked off the “Sick of the Studio Tour” prior to the release of Death Magnetic in 2008. The European trek was named during a fan competition, with the band choosing the winning entry. Appropriately, it reflects Metallica’s many hours in the studio working on the laborious Death Magnetic, which was considered a return to the band’s thrash metal roots upon release.

The hype for Death Magnetic was boiling by the time Metallica took the stage in Lisbon. Fans clamored for what message boards and forums had dubbed “The New Song” and “The Other New Song” — however, these would not appear in the setlist at Super Bock Super Rock (though they’d be played later on the tour). Instead, Metallica tore through a set of thrash classics, hinting at the direction they were taking with Death Magnetic without showing their full hand.

The opening salvo of Ride the Lightning highlights “Creeping Death”, “For Whom the Bell Tolls”, and the title track remains an unprecedented set move that the band has rarely used outside of this tour. Four tracks from Master of Puppets, three from Kill ‘Em All (including a full version of Diamond Head’s “Am I Evil?”), and the first performance of “…And Justice for All” since 1989 round out a thrash-heavy show that should interest those who remember the excitement and expectations of the Death Magnetic-era.

Metallica Lisbon 2007 Setlist:
Creeping Death
For Whom the Bell Tolls
Ride the Lightning
Disposable Heroes
The Unforgiven
…And Justice for All
The Memory Remains
The Four Horsemen
Orion
Fade to Black
Master of Puppets
Battery

Encore 1:
Sad but True
Nothing Else Matters
One
Enter Sandman