#MetallicaMondays: Watch Metallica Play Master of Puppets in Its Entirety at 2006 Berlin Show 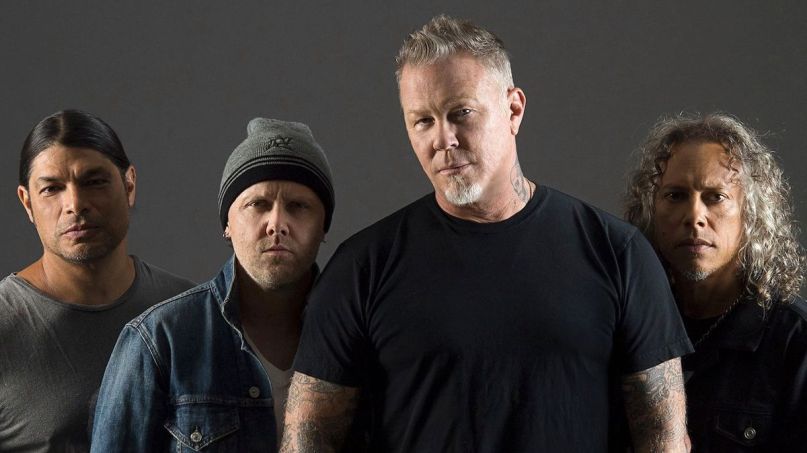 For the latest installment of #MetallicaMondays, the thrash legends are revisiting their 2006 Master of Puppets 20th anniversary tour.

The Berlin show is historically significant for seeing the world premiere of “The New Song”. With fans clamoring for a new studio album — it had been three years since St. Anger — the performance of new material ignited a surge of hype surrounding what would eventually become Death Magnetic.

“The New Song” didn’t make it to the final tracklist, but it’s appearance at the Berlin show is an early checkpoint in the album’s timeline. Appropriately, the 2006 trek was dubbed the “Sick of the Studio” Tour, in reference to the grueling hours the band invested recording 2008’s Death Magnetic.

The concert’s front-to-back run-through of Master of Puppets is bookended by other classics like “Wherever I May Roam”, “One”, and “Enter Sandman”. Also of note, the band cover the Ramones’ “Commando” alongside support act Avenged Sevenfold during the second encore.

Metallica Berlin 2006 Setlist:
Motorbreath
Fuel
Wherever I May Roam
The New Song
The Unforgiven
Battery
Master of Puppets
The Thing That Should Not Be
Welcome Home (Sanitarium)
Disposable Heroes
Leper Messiah
Orion
Damage, Inc.

Encore:
Sad But True
Nothing Else Matters
One
Enter Sandman