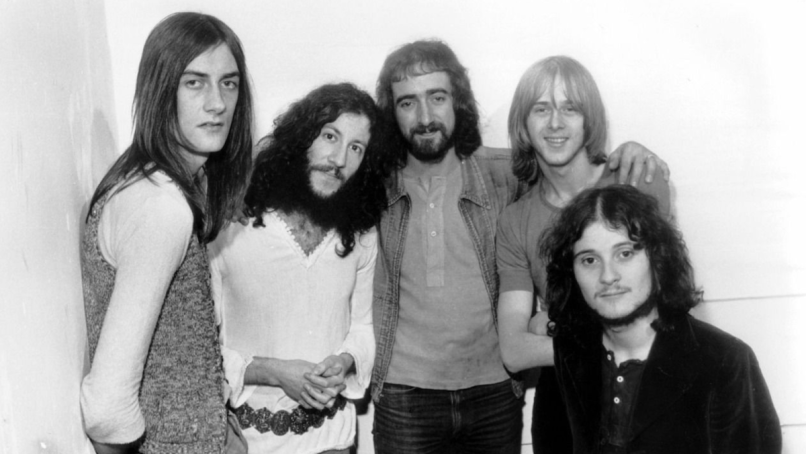 In a statement to Rolling Stone, Fleetwood called Green’s passing “monumental” for “every past and present member of Fleetwood Mac.” He continued,

“Peter was the man who started the band Fleetwood Mac along with myself, John McVie, and Jeremy Spencer. No one has ever stepped into the ranks of Fleetwood Mac without a reverence for Peter Green and his talent, and to the fact that music should shine bright and always be delivered with uncompromising passion!!!… Peter, I will miss you, but rest easy your music lives on. I thank you for asking me to be your drummer all those years ago. We did good, and trailblazed one hell of a musical road for so many to enjoy. God speed to you, my dearest friend.”

Green, credited with being the driving force that formed Fleetwood Mac, was inducted into the Rock and Roll Hall of Fame alongside other members of the band in 1998. Earlier this year, Fleetwood organized a tribute concert in Green’s honor featuring the likes of David Gilmour, Steven Tyler, Pete Townshend, ZZ Top’s Billy Gibbons, Noel Gallagher, and others.

At the time, Fleetwood told Rolling Stone he’d last seen Green a year and a half prior. Green was diagnosed with schizophrenia in the ’70s, and Fleetwood noted his mental health had deteriorated in later years:

“I went out with my girlfriend, and spent the day with him. He’s not the Peter that I knew, clearly. But he plays acoustic guitar. He loves painting, and fishing is his hobby. It’s no secret that he took a left turn and never came back, but he’s OK. He also has really little or no ego at all, which is unbelievable. You want to go, ‘Do you realize what you did?’ ‘No, no. Yeah, I suppose so.’ He has no ego about what he did.”

In her own statement posted to Twitter, Stevie Nicks wrote, “My biggest regret is that I never got to share the stage with him. I always hoped in my heart of hearts that it would happen.”

“When I first listened to all the Fleetwood Mac records, I was very taken with his guitar playing. It was one of the reasons I was excited to join the band. His legacy will live on forever in the history books of Rock n Roll,” Nicks added.

Green’s family released a statement on Saturday announcing he’d passed away “peacefully in his sleep” at the age of 73. A further statement is said to be forthcoming in the next few days.