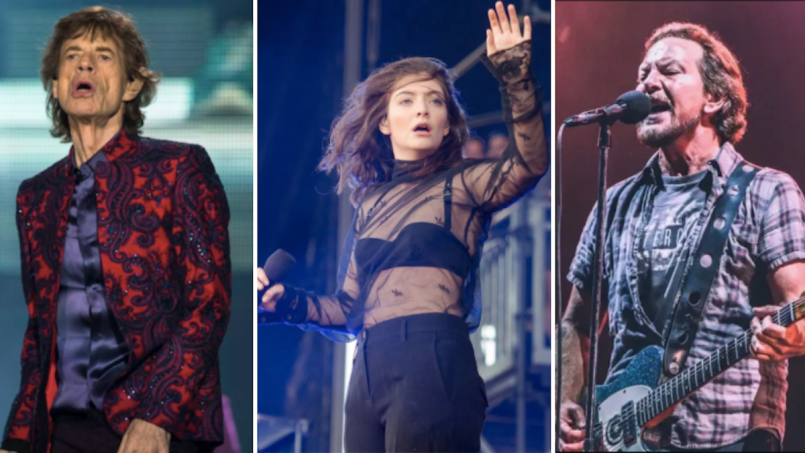 Over 50 artists, including The Rolling Stones’ Mick Jagger and Keith Richards, Lorde, and Pearl Jam, have signed an open letter demanding that American politicians request permission before using songs for campaigns or events.

The letter frames the request as both a financial and moral issue, saying, “We’ve seen so many artists and estates dragged into politics against their will and forced to take aggressive action to prohibit the use of their music — usually songs that are broadcast during political rallies.” While this has always been a problem, musicians feel it more keenly “in these hyper partisan times,” when an endorsement from a controversial figure can lead to headaches, boycotts, and expensive lawsuits for artists.

The letter continues, “Politicians that want to represent the public trust must do better — by seeking consent before exploiting an artist’s or songwriter’s image and work.” It’s addressed to the “six major national political campaign organizations — the Republican and Democratic National, Congressional, and Senatorial committees.” You can read the full letter here.

While the text is clearly bipartisan, the subtext is directed at one unusually orange politician in particular. Many of the signatories have either threatened to sue Trump or already taken legal actions against his non-consensual usage of popular songs. So far this year, The Rolling Stones threatened to sue, Linkin Park got Trump’s “In the End” video pulled from Twitter, Panic! at the Disco’s Brendon Urie demanded the Trump campaign “stop playing my song,” Tom Petty’s family issued a cease and desist over Trump’s use of “I Won’t Back Down”, The Village People asked the Commander-in-Chief to stop playing “Macho Man” and “Y.M.C.A.”, and Neil Young has repeatedly lashed out at Trump’s unauthorized use of music, most recently threatening to sue.

Unfortunately, given Trump’s blatant disregard for the law, it’s unlikely that’ll an open letter, let alone threats of a lawsuit will persuade him from playing music of his choosing. Trump also benefits from a Political Entities License that provides his campaign access to more than 15 million musical works in BMI’s repertoire. The Rolling Stones have sought to exclude their music from the license in an attempt to legal prohibit Trump’s usage.

At least Republicans can count on the support of the singer from Trapt, though apparently it’s not a two-way street.  The conservative loyalists rockers only sold 600 copies of their new album in the first week.