My Morning Jacket Perform “Spinning My Wheels” on Fallon: Watch

It's the opening track from their new album The Waterfall II 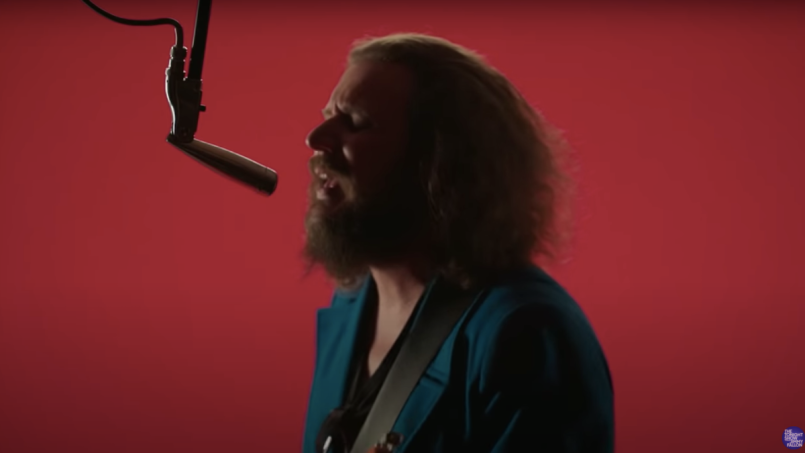 It’s been less than a week since My Morning Jacket dropped their excellent new album, The Waterfall II. On Wednesday night, the band celebrated the record’s release with a quarantine performance of “Spinning My Wheels” on The Tonight Show.

Album opener “Spinning My Wheels” is sensual and introspective. It relies on piano and slide guitar flourishes to provide a backdrop of beauty for the ennui of the lyrics. For the first live performance behind the LP, frontman Jim James selected what seems to be a teal peacoat, and he arranged his flowing hair and beard into a lion’s mane around his head. Filming took place with a red curtain directly behind James, and blank walls on either side. This allowed the camera cuts to provide visual interest, without requiring the band to do anything other than play a gorgeous song. Revisit the performance below.

Five years elapsed between The Waterfall and The Waterfall II, but fans of My Morning Jacket probably won’t have to wait that long for the next one. According to James, MMJ have a “completely new record” all ready to go. He recently spoke about both release during an interview with Kyle Meredith With…, which you can listen to here.

While the return of live shows may be a ways off, James recently participated in the Preservation Hall livestream benefit last month. You can also revisit an older performance from the band, as the full From the Basement archive recently landed on YouTube.