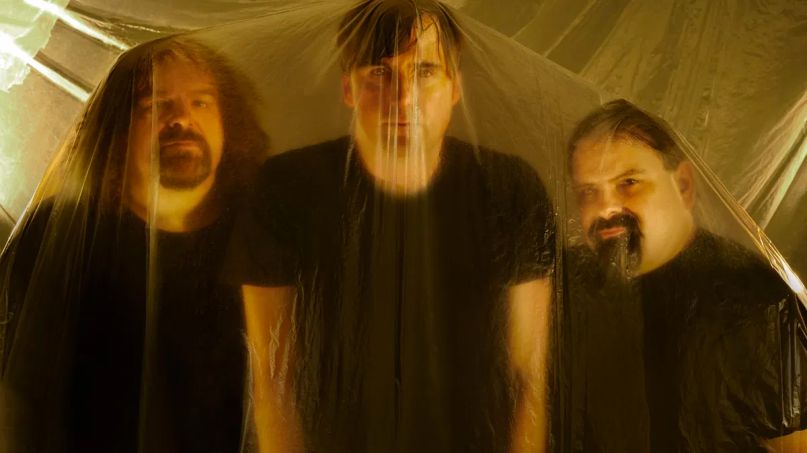 Napalm Death have shared the new song “Backlash Just Because”. It’s the lead single and first music we’ve heard from the band’s upcoming album, Throes of Joy in the Jaws of Defeatism, out September 18th.

“Backlash Just Because” set the blueprint for the rest of the album’s lyrical content and the skeptical optimism of its evocative title: Throes of Joy in the Jaws of Defeatism.

“This song in particular really spurred me on when I was writing lyrics for the album overall,” Greenway said during an interview on Sirius XM’s Liquid Metal. “It’s raucous and traditional, but also quirky and discordant and ultimately catchy-as-anything in the context of rampaging noise. Lyrically it was directed at the spiteful art of creating easy targets and fomenting paranoia and revulsion, which is something that I feel has become de rigueur in very recent times. I really let loose on the more sporadic vocals at the end of the song — it’s a real barkfest at that point. Lovely.”

Aside from the two-song Logic Ravaged by Brute Force EP and the occasional one-off single, there hasn’t been much material from Napalm Death since 2015’s Apex Predator – Easy Meat. However, “Backlash Just Because” should quell any fears of Napalm Death slowing down or mellowing out. The extreme metal pioneers remain as viciously biting as ever.

Watch the lyric video for Napalm Death’s new song “Backlash Just Because” below. Pre-order Throes of Joy in the Jaws of Defeatism via Century Media Records or Amazon.