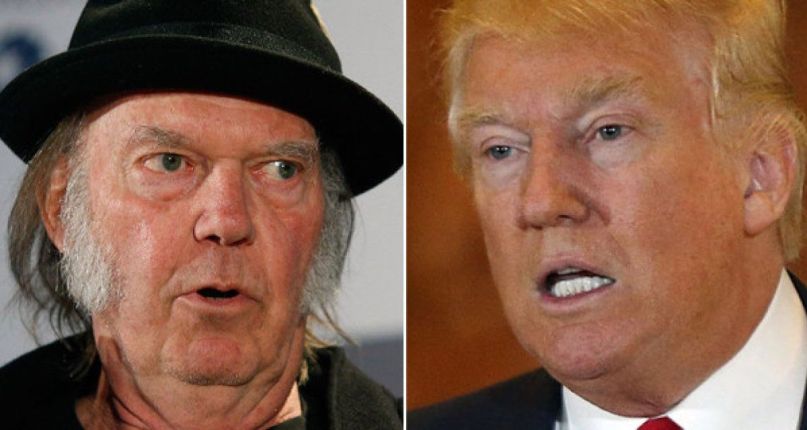 Neil Young has spent the past few years calling Donald Trump out on his bullshit. However, it looks like the president’s continued unauthorized use of his music has finally pushed Young over the edge, though, because he’s now immortalized his contempt for Trump in a reworked version of “Lookin’ for a Leader”.

The song originally appeared on 2006’s Living With War, an album that sharply criticized the George W. Bush administration. With the help of an eraser and some creativity, Young has now updated the lyrics to praise Barack Obama, applaud the Black Lives Matter movement, and rally for Americans to go vote. Along the way, he takes several swipes at the current White House occupant. “America has a leader building walls around our house,” sings Young. “He don’t know Black Lives Matter/ And we got to vote him out.”

Watch the 2020 version of “Lookin’ for a Leader” over at Neil Young’s website. If you want to read along with the lyrics while he sings, then head to his site’s news section.

Young’s reworking of “Lookin’ for a Leader” is also as part of a longer session featuring additional performances of  Stills, Nash & Young protest song “Ohio” and Bob Dylan’s “The Times They Are a-Changin'”. Watch the full set here.

Young has been pretty much unstoppable when it comes to quarantine productivity. The artist has been filming Fireside Sessions, performing live from his barn, and even released his “lost” album Homegrown. In a few months, he can turn that restlessness into democracy in action when he votes in the election for the first time as a US citizen. Spoiler alert: he’s not voting for Trump.

Previous Story
Beyoncé’s Black Is King on Disney Plus: How to Watch, Release Time, and Everything You Need to Know
Next Story
Shudder’s Host Brilliantly Adds Paranormal Activity to Our Pandemic: Review
Popular
More Stories
[fu-upload-form form_layout="media" title="Submit Your Photo"][input type="hidden" name="ugc" value="1"][/fu-upload-form]