From his new novellas collection, If It Bleeds 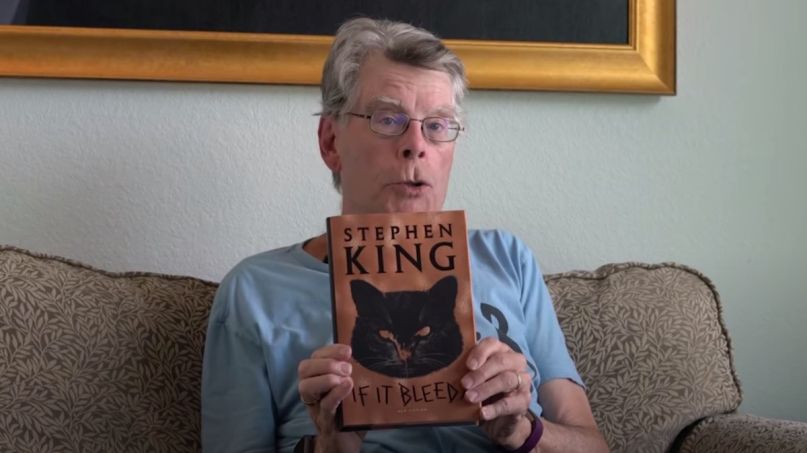 Mere weeks after Stephen King released his new novellas collection, If It Bleeds, prolific producers Ryan Murphy and Jason Blum have already called dibs on “Mr. Harrigan’s Phone”, a short story from the book. According to The Hollywood Reporter, their feature film adaptation is being created in partnership with Netflix.

Things are coming together quickly it seems. John Lee Hancock (The Blind Side, Saving Mr. Banks) has already been tapped to write and direct. In addition to Murphy and Blum, Carla Hacken will serve as a producer. Plus, Blumhouse Television’s Marci Wiseman and Jeremy Gold have joined as executive producers, too.

For those who have yet to read the story, “Mr. Harrigan’s Phone” follows a young boy who befriends an aging billionaire who lives in his small-town neighborhood after they bond over the elder’s first iPhone. When he eventually passes away, the boy is grief-stricken… until he learns that he can communicate with his new friend from the grave by leaving voicemails on the cell phone.

With Hollywood essentially shut down due to coronavirus, there’s no saying when this film could be released. At least there’s a handful of other adaptations already farther along in development: The Stand recently gave us a first look at its 10-episode production, J.J. Abrams is creating a spinoff series of The Shining, Mike Flanagan is working on Revival, and The Girl Who Loved Tom Gordon looks like it may actually come out this time, the past two decades be damned.

As The Losers’ Club recently discussed, Stephen King only has so many books left that can be adapted. Once that well runs dry, maybe the film industry will have to turn to his real life antics for fodder instead, be it him predicting the COVID-19 pandemic or his sly takedown of J.K. Rowling as he voiced support of trans women. Hey, there’s worse source inspiration out there.

In the meantime, listen to The Losers’ Club’s episode reviewing If It Bleeds, including “Mr. Harrigan’s Phone”. You can purchase your copy of the book here.