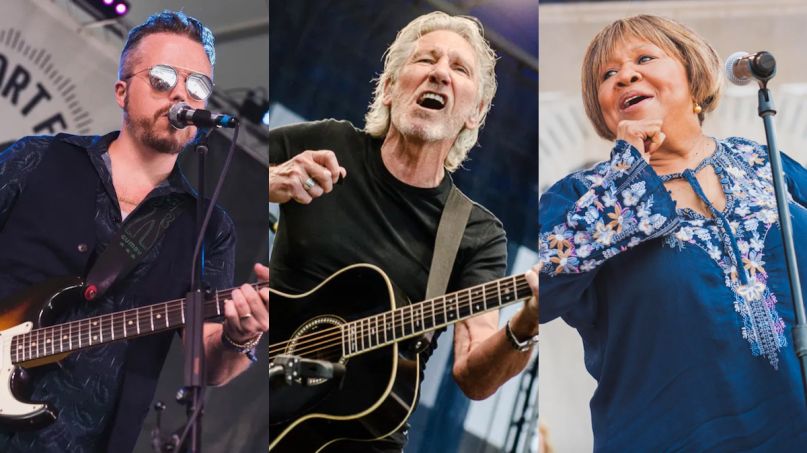 Newport Folk Festival won’t be taking place in Rhode Island this year thanks to the ongoing pandemic. In the lieu of the annual pilgrimage to Fort Adams, however, folk fans will be able to gather virtually for a weekend of livestreams dubbed, “Folk On Revival Weekend”.

Taking place during the same weekend NFF was originally scheduled — July 31st through August 2nd — “Folk On Revival Weekend” will feature three distinct webcasts, two of which are ticketed. All proceeds will go to the Newport Festivals Foundation, the non-profit organization behind the Folk and Jazz fests.

Coming on Friday, July 31st at 8:30 p.m. ET, the first event is the premiere of MAVIS 80, a film capturing Mavis Staples’ 80th birthday celebration concert. The event took place on May 22nd, 2019 at Los Angeles’ The Theatre at Ace Hotel and featured performances from Brandi Carlile, Jason Isbell, Ben Harper, Phoebe Bridgers, M. Ward, Lucius, Grace Potter, Trombone Shorty, and Staples herself. Tickets to the webcast will be available via Fans.com beginning July 14th, priced at $12 in advance and $15 day-of. There’s also a $30 tier that comes with a poster.

Finally, on August 2nd at 8:30 p.m. ET, the concert film Our Voices Together will give artists “a place to speak truth to power” in a year when Newport Folk isn’t happening. Captured at Fort Adams as well as remotely, the film will present new performances from Roger Waters with Lucius, Jason Isbell, Tom Morello, Carlile, Jim James, Langhorne Slim, The Decemberists’ Chris Funk, Deer Tick’s John McCauley, Our Native Daughters, and others. The whole thing will stream for free via YouTube.

What’s more, archival sets from over 60 years of Newport Folk Festival will be airing all weekend from 11:00 a.m. to 7:30 p.m. daily via WFUV in New York, WMVY on Martha’s Vineyard, Albany’s WEXT, and the Newport Folk website.

Find posters for the three webcast events below, and head to the Newport Folk website for more info.